The One Hit Wonders (OHW).

The band that plays songs by other bands that had - you guessed it - one hit!

More fun than the Eighties!

All those shooting stars of the pop world that rose to instant fame with one big tune and then sank into oblivion soon afterwards are indulged with tongue-in cheek irreverence. The band covers musical styles to suit all tastes - from Disco to Glam Rock, Pop to Current Top 40.

OHW have performed over 1500 shows including a performance for the Dutchess of York, playing live on Nationwide Radio 2JJJ and appearing on the Seven, Nine and Foxtel Television Networks. They have also been featured in every major newspaper in Sydney, as well as Who magazine!

Now with both a female and a male vocalist and a setlist of over 80 songs they are perfect for anycorporate function be it a Christmas Party, Awards night or Charity Ball.

A selection of one hit wonder tunes from the 70s through to now ensure that they can cover every age group in any crowd!

OHW can perform a jazz dinner set if required 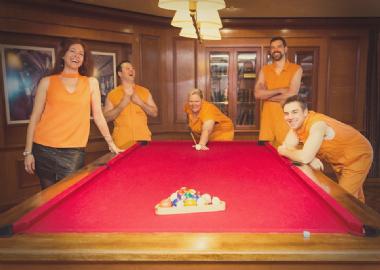