The Rolling Stones will forever be etched in musical history as “The World’s Greatest Rock & Roll Band”. Their live shows of the 60’s and 70’s were all about guitars and grit and Jagger’s theatrical prowess.

The Rolling Tones are a 5 piece Rolling Stones tribute act whose founding vision is to perform a real-life rock & roll version of the Stones at the height of their success.  We present a show that is about both the visual appeal and the music and we leave nothing in the tank.

Each member of The Rocking Stones has 20 years experience playing in a variety of Adelaide bands at different venues and events and are very professional in their approach.

We perform the songs of the entire Rolling Stones catalogue, covering their full 50 year history. There are no synthesisers, no brass section and definitely no pre-recorded backing tracks. We reproduce the authentic sound of the Stones of the 60’s and early 70’s. 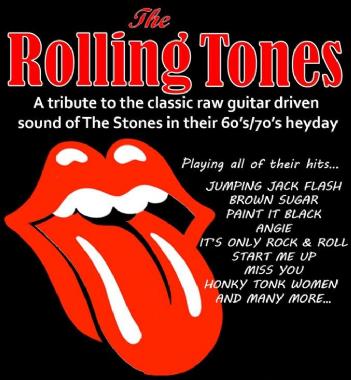