Request a Quote
FREDDIE MERCURY (Tom Crane)There are not too many performers that could attempt to re-create that distinctive voice that fashioned so many changes in the technology of production that Freddie Mercury and Queen achieved from the 70's through to the 90's. Tom Crane is one of the few and presents a performance of Queen classics that will leave you gasping at his wonderful interpretation of the great man.
Production is flamboyant with an historical look at the legend that will endure and will remain timeless.

Bohemian Rhapsody is without doubt the most stunning Queen tribute show staged around the globe. The band have been performing to sell-out concerts and amazing audiences with their dynamic interpretation of the band that created "Rock Opera". Thomas Crane who performs as Freddie Mercury in the show has appeared throughout Australia and South East Asia with many live TV appearances with accolades from the original Queen band members themselves. The show present 2 x 40 minute sets of Queen magic with spectacular lighting and sound "guaranteed to blow your mind". Locally based in Perth with a long list of major corporate events to their name it's a sure-fire way of making your night unforgettable. 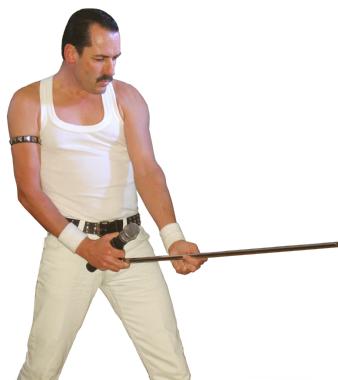