Alex Gibson began working towards a career in music at a young age. He joined the Canberra Boy’s Choir at the age of sixteen, and has been actively involved in making music ever since. He has since learned to play the guitar, and does so prolifically. He honed his skills as a guitarist and vocalist busking on the streets of Sydney, and playing gigs whenever he could.

Alex’s music has been inspired by artists such as Paul Simon, The Beatles, The Eagles, John Mayer, Red Hot Chilli Peppers, Daniel Johns, Paul McCartney, and Stevie Wonder. Alex’s musical sound is heartwarming and heartfelt. He has a sweet and sultry sound that is melodic, soulful, and energetic all at the same time. He has also supported bands such as The Black Sorrows, Mental as Anything, and the Potbellez, and has done the opening for them on stage a few times.

During his audition for The Voice, in 2013, Alex sang Blackbird by The Beatles, one of his favorite bands and greatest influences.  He went on to join Team Seal, and his coach helped him secure a place in The Live Finals. Alex sang Sweet Disposition by the The Temper Trap, in addition to other songs, and it was an extremely beautiful, youthful rendition of the song, and a truly energetic performance.

After The Voice, and even during, Alex went back onto the streets of Sydney to continue busking. He also began booking gigs at different venues such as the Southern Cross Club, where he performed with songstress Jac Stone. He went on to play in his hometown, Canberra. In Canberra, Alex received support from FM radio stations 104.7 and 106.3, and even got invited to play at the 104.7 Christmas party 2013. Alex also plans to play at his parent’s hometown Bungendore, as he received a lot of support from them during his time on The Voice.

Alex has also performed at many of his own shows, such as Vivid and Market By Moonlight, as well as performing at venues such as The Brass Monkey and Lizotte’s. Alex released his debut album called ‘This Is Life’ to a packed audience at The Basement in Sydney. It was an incredible performance by Alex and his band, and his first single shot up to number two on the Singer/songwriter iTunes chart. He plans to tour Australia with the band and inspire people through his music. 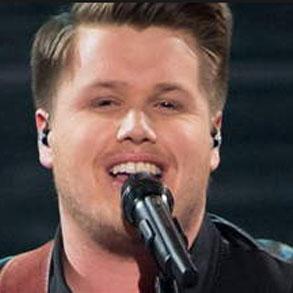