(National Winner RAW Comedy 2001) as seen on McLeod’s Daughters and directed by Kath and Kim’s Ted Emery in the motion picture “ The Honorable Wally Norman”.

In 2001 Emily was the first ever woman to win the National Raw Comedy Competition.  In 2002 she came 2nd nationally in the Greenfaces comedy competition. Then, she went on to work as a support act for Puppetry of the Penis 2001 & 2003.  One should never work with children, animals OR genitals!  Soon she was filling in for the breakfast crew on Adelaide’s MMM Radio. Then she took on the blousy role of Caprice Cerise in the Aussie feature movie The Honourable Wally Norman directed by Ted Emery of Kath and Kim fame.  She showed up next inMacleod’s Daughters where she played Constance, a lovely rural woman with a penchant for a tipple and a bawdy eye.

Em performed in “Life After Dick” (as an ex-Puppetry of the Penis supporter)for the 2006 Melbourne Int. Comedy Festival, and then toured W.A. and regional Victoria. Emily launch her first solo show “LifeSpam” as part of the 2007 Melbourne Fringe.  “Brilliant storytelling” was one critics take on this show. Next saw her in “The Middle Ages” as part of the 2009 Melbourne International Comedy Festival and the following year she trotted out hersell out show “HOW I MADE MY ARSE LOOK SMALLER SIMPLY BY PULLING MY HEAD OUT OF IT”. After Melbourne Comedy Festival and Perth’s Wild West Comedy Festival 2011 Em spent a big chunk of the year on tour to the US with her new show “Em O’Loughlin was a BIG FATTY BOOMBAH” in both Hollywood and New York.  And this is what they said:

“O’Loughlin is a talented comedian…is able to weave a delightful tale…. She has a gift for mimicry and flawless comic timing.” BACKSTAGE, NEW YORK

“In sixty captivating minutes Australian actress and comedienne Emily O’Loughlin takes us on a journey.  With an impressive voice she belts out the parody songs.  The jokes come rapid-fire and until the end of the piece there isn’t a sentence uttered without at least one crack, and usually it’s more like two or three. Eventually, the darkness does indeed come. Towards the end of the piece Emily must face …a very frightening episode. She is wildly energetic throughout and it’s almost impossible not to be dazzled by her spunk.” NYTHEATRE, NEW YORK

“Direct from Melbourne Australia is the one hour, one woman show starring Aussie Em O’Loughlin. …funny, and ultimately inspiring .  Not to be missed”.  LA THEATRE

"brilliant storytelling keeping the audience enthralled. Her warm stage presence made you feel as if you were listening to an old friend...hilarious and touching…a must see."  THE GROGGY SQUIRREL

“…honest and insightful show; energetic, animated and whacky.”RIP IT UP

“Emily O’Loughlin has proven that South Australian’s are funnier than the rest of the nation.”THE ADVERTISER 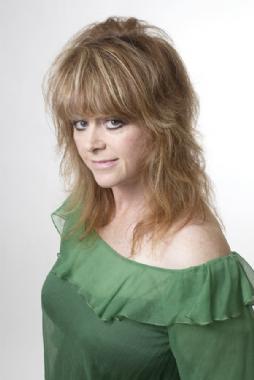