Wayne has a history spanning 40 years on the stage, which has lead him to being the draw-card performer on the club circuit globally.

2011 saw Wayne take on a whole new dimension when he appeared on Network 7’s ratings blockbuster, Australia’s Got Talent.

With an instant stand-out stage presence and charisma to match, Wayne was a favourite amongst the high profiles judges and the legion of Australian's that voted week after week! Wayne’s association with the Australia’s Got Talent stage provided national exposure which has seen Wayne increasingly booked to appear in corporate functions and charity events nationwide.

Making Wayne one of the most, if not THE most successful female impersonator/gender illusionists to ever come out of Australia

Wayne has geared his show to possess this highly-sort after atmospheric energy which is beneficial to venues as such that utilise the club membership scheme as a marketing strategy.

A variety of accolades have been presented to Wayne throughout the years. Most recently he was awarded the MO Award two years running (2 years running-more than any other act like himself!!!) for Best Versatile Variety Act in 2014 and 2015.

Wayne’s unique performance generates an excitement that has been referred to as funny, sophisticated and classy. The one-liners, the outstanding live vocals and genius stage presence. All of which have had him likened to the legendary, Danny La Rue.

Being the Ultimate Variety Entertainer, Wayne’s show is sure to grab the attention of patrons, have them singing along, enjoying in the fun and asking for more!

Guaranteed the most thrilling, edgy, yet classy act you are likely to have for any event! Book Him (or her!) now! 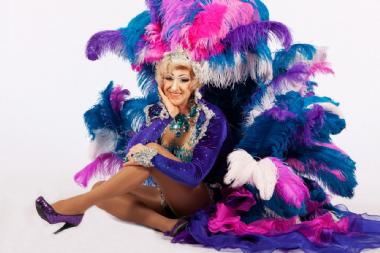