Jace Wonders is a unique sorcerer, rather than your average magician. His character is a decedent from Celtic warlocks from the ancient Scottish Clans. His abilities are the result of an inherited gift that allows him to demonstrate sorcery not seen for centuries. Abilities, like those that Jace will demonstrate, would have got gifted individuals burned at the stake in medieval times.

His shows will have you questioning whether this is a magic show or a demonstration of a real inherited supernatural gift! Aimed to take his audiences on a journey back in time to when magic was in its prime, his shows are elegant and certainly have a touch of gentlemanly class. A magic show combined with a bit of fantasy based history and often including the haunting sounds of the bagpipes!

Jace specializes in the art of escape, mind reading, spirit communication and demonstrating dangerous skill sets such as the needle swallow made famous by Houdini himself! His shows will have you on the edge of your seat from beginning to end!

He has performed in sold out shows at the Adelaide Fringe receiving 4.5 Star reviews. He has been performing magic for over eight years professionally. Jace has performed on national radio for stations including Nova919 and Hit107, national TV and has even performed personally for Hamish and Andy from Hit 107!

A magician like no other, experience a demonstration of the gifted at your next event!

As well as an edge of your seat stage show Jace also offers:

Jace also performs at weddings and other engagements as a professional bagpiper under the name Jason Moore the Piping Shrike. He has been playing the bagpipes professionally at weddings, funerals, birthdays and public events for over 10 years. He has a range of modern and traditional piping tunes to suit any occasion. Full highland dress is always worn. He has won many competitions in South Australia along with his pipe band and is the clan President and Honorary piper of the Clan MacFarlane Society of Australia. A perfect choice for your wedding, celebrations, whiskey tasting night, opening nights or just a wee surprise!

See what others have said:

"Thanks Jace for being part of the Keith Show this year. As an organizer I couldn't have asked for a more professional, easy to get along with guy to help make the show another huge success. Thank you!" - Keith Show, South Australia

"Thank you from the Cummins Show! Your magic and escape show was very entertaining! The town are still talking about how you escaped the local police officers handcuffs!" -The Cummins Show, SA

"Jace appeared at our annual Christmas party Port Adelaide Caledonian Society on 12th December. What a wonderful show thoroughly appreciated by the children and adults present. We'd recommend him highly to all and hope to see him back next year, we've had lots of requests." -Jenny Niven, Chief, PACS.

"He's a bagpiper and a magician! How could he be cooler, he's a bagpiping magician! We have to have him in our First Fleet!"- Hamish and Andy (Hit107)

"Professional and very entertaining. He really helped make our yearly Christmas party a huge success. Everyone commented on how great the magician was!"-UNISA

"Seamless and professional performance from Jace at our VIP night in Elizabeth...thank you for all of your work. Amazing how a polished entertainer can add so much to a night that mainly revolved around food and drink. But then again, he is a magician! Could not recommend this guy enough! He'll be back for sure!"- Vittoria (Adult Parlour Magic show at Cafe VIP night)

"Comedic intellect together with some stunning magic tricks and impossible escapes! 4.5 Stars!" -The Clothesline 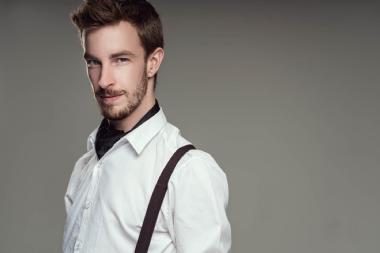