As seen on Magic for Humans on Netflix! Simon has created and performed magic on television for the past ten years. His countless positive reviews speak for themselves. Hire Simon if you want a magician who is a delight to chat to and can bring world class magic to your event.

"That was the most amazing thing I have ever seen in my life!" Ric Ditchburn (Magic 1278)

“Our night would not have been such a success without Simon." - SBS

“A refreshing alternative in the entertainment scene” – The Vine

"So innocently enjoyable and so devilishly smart” – News Hit

“One of the best performers I’ve seen.” - Comedy Beast Magazine 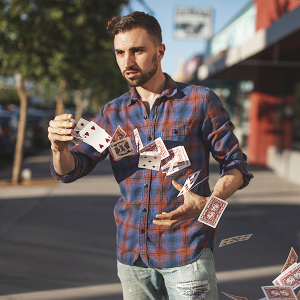