The Australian born singer/songwriter is equally comfortable with R&B, Soul, Jazz fusion and dance. Her voice blends elements of these genres naturally to create a unique sound where every note exceeds expectations.

Jeniqua, recently nominated for a 2014 Shorty Award for ‘best singer’, does all her own backing vocals, vocal arrangements, and co-production on her songs. She writes songs straight from the heart. Always inspired by much on her journey and a deep desire to connect with listeners across the globe, her rawness and personal revelations of much learnt in life so far, has captured the hearts of many. Her mission through music, is to uplift, encourage & empower people in their own lives and meet them where they are at, whether expressed in a silky smooth ballad, or soaring to great heights in a powerful and funky dance track.

“Jeniqua is a phenomenal singer & songwriter that is not afraid to be herself. The out-pouring of her lyrics are truly positive & captivating. I recommend her music, not just to music lovers, but also for those who are seeking comfort & trying to find some release”, says Norma Carby, Lifestyle Mentor & Coach.

Jeniqua was born into a BIG family. Unique, in that it was referred to, as the ‘1,2, 3 Family’, (an Australian Mother’s record). Her parents, had, first child, then twins & then triplets. Jeniqua is one of the triplets. Born in Australia, though her parents heritage is European (Swiss, Danish, Polish, French, Irish, Scottish).

Always known she had a God given talent for singing, as a young girl, Jeniqua chose to take her natural gift further. Her voice was once assessed by a local vocal coach where she picked up the skills to be able to pass on her natural talent, along with knowledge of vocal posture, to others and began vocal coaching. She had also written poetry from a young age, went on to teach herself piano, adding melodies and chords to poetry verses and eventually writing lyrics to her own songs, as her creativity continued to blossom.

With a continual flow of songs in her heart, Jeniqua is constantly writing and has many more songs to share with you and grateful to all the radio stations, that feature her on playlists and in rotation and to her fans across the Globe that support her music.

In August 2014, Jeniqua released her new single: 'U GOT IT GOIN ON', receiving great reviews and fast becoming a favourite on the airways. Her next release will be her Debut album, alongside other projects.

Jeniqua’s huge voice and talent has been compared to many established recording artist that influenced her development, though make no mistake as a vocalist, her voice is an unmistakably unique and divine gift. Her combined talents and style make her the complete package entertainer.

Jeniqua’s voice, stage presence, raw talent and work ethic will have a huge impact on the industry.

"Jeniqua is the quintessential example of triple threat.

As a singer, writer and producer, she is one of the most talented individuals I’ve met in decades, and I was blown away by how effortless she flows through melodies.

Jeniqua’s tone, style and her sense of rhythm is unique as shepossesses the rare ability to lace any track.

Hard to imagine all of this talent hidden under the guise of a super model hero ninja warrior princess,but she is truly a force to be reckoned with.

After having the pleasure of working with Jeniqua extensively,I’m convinced that she is exactly what the music industry is missing… Jeniqua is the real dealfrom start, to studio, to stage, to stardom." 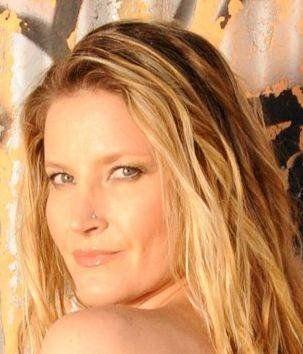