David Schwarz had a football career with many highs and lows. Starting as young high flying forward, David was setting the football world alight until struck down with a string of knee reconstructions in the mid to late 90’s. Although David’s exciting brand of football was no longer able to be played, the “Ox” showed courage and determination to come back and help play a pivotal role for the Melbourne Football Club at full forward.
David finished his career strongly, winning the demons Club Best and Fairest (B&F) in 1999, playing a role in steering Melbourne to a grand final appearance in 2000 and coming third in the club B&F. In 2001 David retired from AFL football, playing 173 games for the one club over a 11 year career.

Since retiring, David has pursued a career in the media. David co-hosts the SEN 1116 Sports radio program “The Run Home” with Francis Leach and provides thousands of sport loving Melbournians with their daily fix of sport, whether it is tackling current issues in sport or discussing recent results on a local, national and global playing field.

David also is part of Channel 7’s AFL commentary team providing Expert Comments, and appearing on their AFL Gameday program on Sundays. David previously appeared on Seven’s ‘Sportsworld’ program every Sunday. He writes for the footballer fan’s bible, ‘Inside Football’ and is also a highly sought after guest speaker and MC Australia-wide
Throughout his football career, David appeared regularly on Channel 9’s 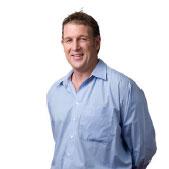