Bursting with unpredictable energy, Linda is a talented comedian, host, actor, writer and producer. Her amicable spirit may tell you that she is not associated with the mafia, but whatever you do, make sure you watch out for her nonna. She can be seen performing around the Sydney, Brisbane and Melbourne comedy scene and her comedy has also been heard on National FM radio stations, ‘Home Grown Humour’ and 2day FM.

Linda graduated with a Bachelor of Sociology including Theatre and Film studies at the University Of New South Wales, has studied at Actor’s Centre Australia and TVI Studios in Los Angeles.  She has won awards for her stand up comedy in Australia and for her acting, writing and filmmaking in Australia and the US.  Her award winning short films include ‘My Two Lives’, ‘Wishful Thinking’ and ‘Stretching The Friendship’ and she has recently completed another sitcom pilot called 'Jan Of All Trades'.

Linda’s recent acting roles include a comedy film called 'Brothel' where she plays a pristine and educated madam, and  'Starting From Now' web series (receiving over two million online views) where she plays Trish, a divorcee who unsuccessfully runs a graphic design business, and her spin off web series, 'Trish's Top Tips' about being a single woman of today.  She has also starred in a sitcom called ‘Rock Chikz’ where she plays the lead singer of an all female rock band which was screened at New York’s ‘Mamapalooza’ Festival in the US.  Her most recent theatre performance is a one-person show, ‘Fruit And Veg’ which she also wrote and directed. She has also performed in numerous other acting roles for television, including commercials and independent films.

“…..I thoroughly recommend Linda as a host, performer or member of any production team.” - Simon Townsend Producer of Rich And Famous

“‘Fruit And Veg’ is extremely funny, fast paced, with light and shade interspersed with props and musical support. Linda Grasso’s mimicry, acting and general comedic sense ensured that this was one of the most successful shows held in our venue.” -Kathryn Bendall ComedyOnTheRox

“…Linda is not only a unique talent but a pleasure to work with both on and off the set…..” - Juliet Bishop Senior Producer of Good Oil Films

“…I’m sure all directors would agree that you need to work with actors that are intuitive, intelligent, can handle the pressure and above all keep things simple and effective. Linda is all of the above…” -Eden Diebel Director Of Film Construction 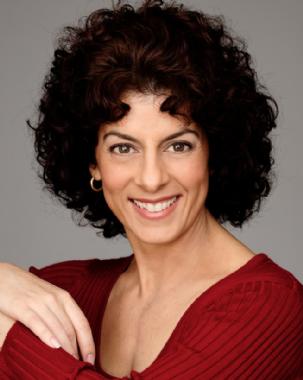