Request a Quote
Stu Harcourt has Been dedicated to live performance and production through his 15 year music career.
In addition to producing 3 solo albums, he has performed in a variety of venues from large scale festivals to
pubs, clubs throughout Australia, Canada and Europe receiving local airplay on these continents.
Stu’s vocal ability ,compelling lyrics ,acoustic grooves continue to delight audiences everywhere.

Coming of Age
`There is definitely some talent on show during these ten songs, the times when the music takes a funkier, jazzier
feel is where he comes into his own’ Michael Edwards-Exclaim Magazine/Toronto

‘While it’s clear Stu is more partial to a jazz inspired guitar lick,he doesn’t let such inclinations tie him down.
In fact he shows a commendable ability to skip genres on this 5 track EP’Shane O’Donohue –Inpress Melbourne

Melbourne’s and Townsville ever growing music scene ,proving time and again that he can

draw a crowd and keep them coming back for more…….. 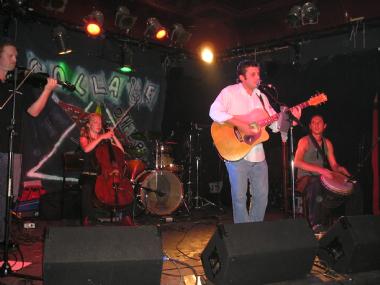