The Australian Buddy Holly show is an exciting tribute to one of the greatest pioneers of rock ‘n' roll. Leading star Kris Knight, not only sounds like Buddy but also bears a striking resemblance to the late star. Kris who has performed all over the world, returns to sing all of Buddy’s great hits, including Rave On, Oh Boy and That’ll Be The Day. ‘Buddy’ is backed by the Kricketts, a four piece band incorporating Bill Hillman on Lead Guitar, Ric Dunford on Bass, Ziron Simonovic on Keyboards and Peter Atley on the Drums.

They not only provide great music, but also supply the fantastic harmonies that the Kricketts were famous for. This is a totally live show, no backing tracks or drum machines, every song is how it was meant to be played – ‘live’. The show will also feature special guests Duncan McConnel as Eddie Cochran and 6 piece band. ‘The only problem with this show is getting people to leave’, said one club manager.

Bill Hillman
Bill’s family emigrated to Australia from the United Kingdom in the 50s and although young bill was sent to university to study agriculture he fell under the spell of rock n roll and quickly swapped hi text books for music and took up the guitar and began to play in nightclubs, and discos from one end of the country, to extensive overseas tours with world class artists. Bill is equally at home with all forms of music and his repertoire is very impressive. Bill is also proficient on the bass guitar and is also a skilled musical arranger. When not playing music Bill devotes his time in to helping mentally challenged young people live independent lives.
Gail Kellie
Gail is a multi-instrumentalist, who is a proficient on bass guitar, rhythm guitar keyboards and percussion. As a touring professional for many years Gail has played as a solo act ,in duos and trios  and has also worked as a sound engineer and runs her own boutique recording studio BLACK CAT studios .When not on the road Gail imparts her vast experience and knowledge to young aspiring musicians teaching at  TAFE.
When not playing, recording, or teaching Gail loves spending time with her myriad of pets that abound in her Brisbane home.
Ric Dunford
Brought up in Northern Rhodesia, Ric came to Australia for a holiday in 1965 and never left. Learning to play piano and guitar as a young man but quickly found he enjoyed playing the bass, this becoming his instrument of choice and with this he toured Vietnam entertaining the troops there.
Returning to Australia he found work at Channel 7 in Adelaide eventually becoming the stations musical director. Touring  the country with world class  artists and playing in the award winning ‘HARD LIVING COUNTRY BAND” Ric eventually settled down in central Brisbane and now lives quietly ,following rugby  with a passion  that resembles a religious fervor.
Adam Harris
Adam comes from a very musical family having grown up side stage, backstage and on stage with his father’s bands. As well as being an accomplished percussionist and has learnt to be a sound and lighting engineer and is in demand for many overseas touring artists , his excellent bass voice provides the anchor for the superb harmonies that original Crickets were famous for. When not touring Adam owns his own landscaping business and enjoys designing gardens for prestige properties on the gold coast. Adam is married with two beautiful children and love spending time with his family in their home on the Gold Coast.
Peter Atley - Drums
Want to Extend the Show? 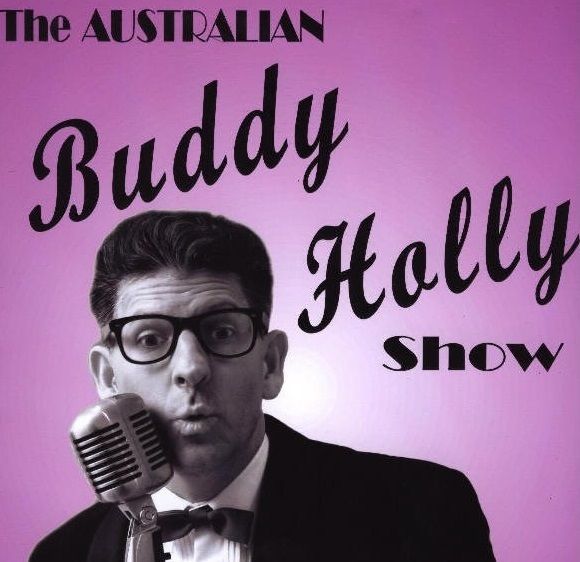