"Caesar" 50's and 60's Classic Rock and Roll and Rockabilly. He performs everyone the audience love to hear! Such as: Elvis,50's and 60's ,Ricky Nelson, Boddy Holly, Jerry Lewis, Cliff Richards…….From the 60's and the 70's bands like the Rolling Stone hits, CCR, in all this includes ballads and many more a totally experienced and very versatile performer and entertainer. In all aspects.! He has a very large songs list selection in which there's a request of a particular song he would defenectly will be able to performed it, also music to suite the atmosphere or venue's crowd. Caesar has the ability to make people take notice from his performance and leaving Audience wanting more ! in any occasion, his interpretation of music and floor show in general has to be heard to be believed. Full stage equipment, sounds and lights, very affordable rates.

8 and 9 of September at the Cooran Hall, Pomona Town Hall and Kallangur Golf Club the following weekend. February 2017 launched his new album “Rockabilly Gotta Love it Vol1”and it's the number 20 most listen Rockabilly album in the internet, currently working on his album the Classic Rock and Roll collection by Request Vol1.

Here are titles in alphabetical order. 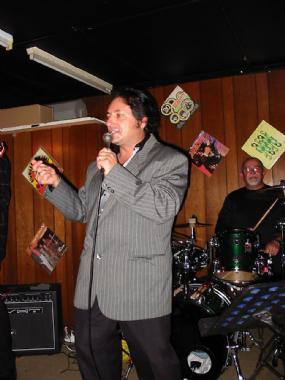