Think of us as a five piece, live rock band with horns! Established last century, we have performed over three hundred live shows at venues across southern Queensland. Our influences include Rock, Pop, Blues, Jazz, Soul and Memphis. We are a covers band that plays popular hits from the last four decades, but we play them with power, passion and full instrumentation. Nothing pre-recorded here, what you hear is what you get. Two electric guitars, bass, drums, and saxophone complimented by two male lead singers and three back-up vocalists. A party band that specialises in weddings, corporate shows and large scale charity balls but, we also do 21st, 40th and 50th birthdays as well as pubs, clubs and private parties. If you love to dance, we're your band! If you hate to dance, come and watch some of Toowoomba's finest instrumentalists live in action. Slow Train Coming, no gig too big, no hall too small. Bring your friends it's going to be fun.

Plus many more we can even learn songs for your wedding or event.

Since 1999 Slow Train Coming have played over 300 live shows.  These have been accross a wide range of venues and locations.  These range from pubs and clubs, birthday parties, christmas and new years eve parties, charity functions and public performances.  Some of the venues and clients include

Toowomba Regional Council (Since 2001 Slow Train Coming has provided entertainment at a number of events including, Carnival of Flowers Mayoral Breakfast's, Summer Tunes (a program providing free live music in a number of parks in Toowoomba) and other council functions.

We have also Travelled as far west as Cunnamulla for private functions as well as to Brisbane and The Gold and Sunshine Coasts. 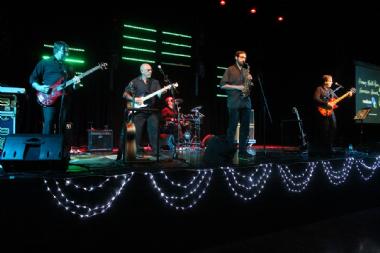