Kat Jade was a semi-finalist on The Voice Season 3 2014 and the last female contestant on Team Kylie. Prior to going on The Voice, Kat performed regularly in Adelaide at weddings, corporate functions with Vocal Ensemble “L’amour” and performed in Musical Theatre; understudying for Christine in Phantom of the Opera, playing Cosette in Les Miserables and Penny in Hairspray for which she was nominated for an ATG Award for “Best Female Performance. “ Whilst performing Kat also studied music at Elder Conservatorium and later at TAFE SA while teaching singing at schools and Revolution Vocal Studio. Kat is also a very active YouTube user, performing skits, parodies, Acapella covers and originals on her channel. Recently, Kat has released her debut single “Ghost” which is currently available on iTunes, debuting and charting on the iTunes pop charts and her music video was featured on ninemsn.com and her YouTube channel. Kat is currently recording and working on releasing her debut EP as an independent artist. 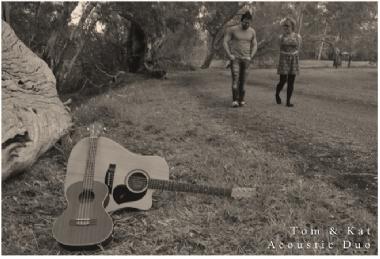