Sally Cooper is a sacred folk music performer and songwriter. In her solo acoustic performances, Sally accompanies herself on guitar and piano/keyboard, but the main feature of her performances is always her distinctive and soulful voice. Her solo music performances create a sublime and relaxed ambience. She performs a selection of her own soothing arrangements of popular songs, as well as her own original songs, & vocal arrangements, sacred Indian chants and Bhajans.

Sally is joined by additional superbly talented musicians and singers for when a richer more lush sound is required.

Sally has had decades of professional national and international performance & recording experience. She is a consummate musician drawing influences from a bold and diverse palette of genres. She also is a practicing music therapist.

She has performed with her various band line-ups in 5 star venues across Sydney, Brisbane, and the Northern Territory of Australia, The South Pacific, Singapore, New Zealand, Thailand, Dubai, Tahiti, Doha, Bahrain, China, South Korea and India.

Sally Cooper has also been studying Indian devotional singing and sound meditation/healing for decades, which have involved numerous study trips to India. She has integrated this influence into her sound and approach as a singer/songwriter.

As well as being a seasoned international live performer, Sally's' skills as a sacred songwriter have also earned her recognition on foreign shores. Her haunting instrumental/vocal collaboration with US film music producer “Damien project filmworks” titled "Inside Beauty lies" was featured in the Documentary "Skatin 66" which screened at The Buffalo film festival, NYC 2009. 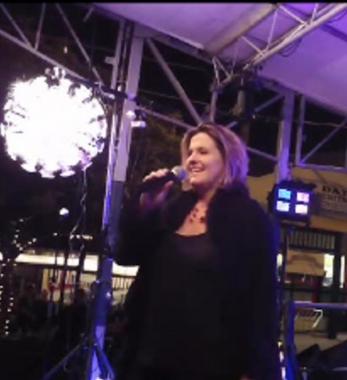