We have been playing around Melbourne for years in covers bands then original band Xcentric formed with all family members. Xcentric formed in the 90's from jamming at home with covers with my family we are all very musical and then for fun we tried one of our own songs and we were like that actually sounds cool. Then my cousin Jamie and I started writing all the songs. We recorded 2 CD's of our original music.

Back when we started in the 90's we did not have all the technology we used tapes for demos and manually copied them it took ages. Back cut and paste meant we cut and pasted to make posters, its funny now. We still have a box of our tapes and that tape recorder in a plastic box in the garage; one day when we are in our rocking chairs we will have a good laugh. None of us in the family were trained musicians but my family is all amazing natural musicians they would some times swap instruments for the night at gigs, Mum even plays piano and guitar and sings in Churches and at retirement homes. Brothers Clinton and Daryl both, bass, drums and guitar as well as my cousin Jamie, my sister Tracee started as the original drummer till she retired (well got married).

In Xcentric we had one of our songs played on Triple M and an interview with Fiona Horne live on radio. We won many Battle of The Bands competitions as well. Some of our early songs were pretty heavy and rocked screaming on stage was awesome at the time having girls come up saying that rocked was pretty cool, we had a big following and were featured on PBS radio as well as many of the local radio shows.

Tessa also now sings for a cause and the songs are positive. The current CD is written by Tessa and recorded to raise funds and awareness against domestic violence there is a cover of Only Women Bleed on the CD. All funds from the CD go to The Salvation Army and you can buy this on The Salvation Army’s website. Today Daryl and Tessa play in a DUO top 40 classic covers as well as performing some of Tessa’s original songs for fundraising functions as special guests. Their style is very rocked up but we can tone it down for functions when asked. They are going into jails and schools to raise awareness against abuse as Tessa is also a professional speaker.

Daryl and Tessa have played in most Venues around Melbourne including The Esplanade Hotel, The Central Club as a support to The Androids, Joeys St Kilda and Toorak, The Thumpin Tum, South Morang Hotel Supporting Big Deal, The Melbourne Exhibition Centre support to Killing Heidi, Broadford with James Reyne and The Black Sorrows, The Rye Festival, The Frankston Hotel, The Barley Corn, we have also played with Cyclone Tracey, Electric Mary and many other bands.

We can play rocked up or mellowed down depending on event.

We can play a short set or the whole night as we have a huge set list, here is just some of the songs we do 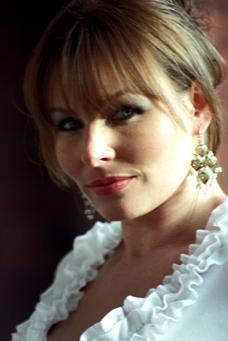