Request a Quote
The Band was formed in 1912 by Billy Veal and Jim Napier, after the Brisbane Tramways Band was dissolved. Billy and Jim both expressed the wish that Brisbane should have a new A Grade Band, to replace the Tramways Band. In 1929 Brisbane Excelsior attained the standing of A Grade, a rank it has attained to this day.

In 1994 Brisbane Excelsior competed at the Australian National Band Championships in Melbourne, after an absence of 18 years. Since then Excelsior has been the only Queensland Band to consistently Contest at the National Championships.

Since the appointment of Barrie Gott as Musical Director in 1995, the band has proven itself to be the premier band in Queensland, winning all of the local contests they have entered. 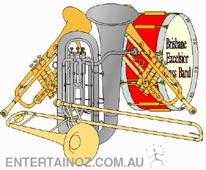