Playing Blues originals as well as covers from the greats in blues music , Texas and Chicago Blues , and Delta , acoustic blues .

Kerry B Ryan. a Blues guitarist , born in North QLD , now living in the hills outside Perth WA .

Email newsletters for bands at ReverbNation.com

First picked up a guitar age 13 . Playing electric and acoustic blues inspired by the likes of Jimi Hendrix, B.B King, Albert King , Stevie Ray Vaughan, Robert Johnson and many others . But has his own style, playing with heart and soul. Drawing on a wide range of influences Kerry gives all to his performance's whether solo or with his band always aiming to give the audience the best show he can . Returning to music in 2010 he has since released his first CD recorded mostly at his home studio on a 8 track, called Blues for my sweety . He has played at many venues around WA and is now recording his 2nd CD . The music he plays ranges from straight up electric blues to acoustic and resonator style blues. Playing blues clubs , pub venues as well as festivals and folk and blues clubs around Australia.

many other venues through out WA including 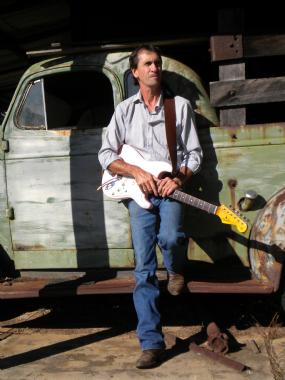