Phill Raymond (Lead Vocal/Guitar) singing since early childhood and playing guitar since 1968. He joined his first band as lead singer in 1966 singing mostly blues, Cream and Hendrix songs. Some of the artists he has the privilege to have worked with and support over the years are Paul Stookey (Peter Paul & Mary), Ralph McTell (Streets of London) and th e late Andy Gibb. Long on the peripheral of the Australian music industry, Phill has also performed and recorded with musicians from the top echelon of Australian music. After a self imposed hiatus away from the local music industry, the 'grandad' of the band is throwing his all in this time around and, "come hell or high water", has committed to "bop 'til I drop".

Jonathan Marland (lead guitar) A classical trained pianist for 6 years, he decided that piano wasn't cool enough and picked up a guitar for the first time at age 11 and never looked back. Having studied Steve Vai, Satch, Stevie Ray Vaughn and Chet Atkins he has developed his own unique and diverse style of playing.

Trevor Daly (Bass) and Barry Gray (Drums) came along when Phill asked them to be the rhythm section for some shows he had coming up in Bendigo Victoria. They got together and, after some brief but intense rehearsal time, their first show was support act to and backing band for Phil Manning, guitarist for the legendary Australian blues band CHAIN.

Over the past two years Pacific Blues Union have had a steady stream of music work and have supported other top Australian music acts such as Spectrum, Bo Jenkins, Salty Dog and another recent show again with Phil Manning.

Wholly committed to 'keepin' the faith' Pacific Blues Union comes with over 40 years music experience among it's members and delivers a professional show of good times Blues & Blues Rock. 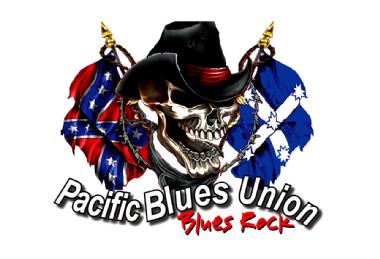