Request a Quote
Bushwahzee was formed in the early 1980s for a production of the folk musical, Reedy River. Since then there have been many line-ups, but the one original member to have played in nearly all the band's 2000 or so gigs, is Paul Jenkins.

Paul is Bushwahzee's singer, dance caller and percussionist (lagerphone, washboard, bodhran, and bones). During the 1980's Paul maintained a teaching career as well as playing in the band. He has now retired from teaching and is devoting himself to Bushwahzee. Paul's previous experience as a teacher has been a vital resource in developing Bushwahzee's performance-in-schools repertoire - The Bush Cabaret and The Bush Show. Joining Paul in the current line-up are guitarist Ewen Baker and Felix Meagher on fiddle. Ewen has recently joined Bushwahzee after playing for several years in the Irish band 'Wren Boys'. He also performs with his wife Mairead, in Cool McFinn. Ewen is a qualified teacher and has taught violin and guitar in schools around Melbourne. Last year he toured to Switzerland to perform at a world trade festival. Ewen, from a musical family, honed his Irish style on a visit to Ireland at the Willie Clancy School.

Felix joined the band when returning to Melbourne after a decade as a traveling composer, a journey which led to work for Music '81 in Geelong (Vic); to study with Ronald Stevenson, the Scottish composer, at his home in West Linton near Edinburgh; to form the Alice Springs People's Orchestra and compose a choral symphony for them as part of the opening of the Araluen Arts Centre in Alice Springs (N.T.), and on three music theater collaborations with Baz Luhrmann, including Lake Lost for the Australian Opera. Another of Felix and Baz's comic operas, The Pure Merino Fandango opened at the Port Fairy Folk Festival in the Port Fairy Lecture Hall, which was especially re-furbished for the production. In 1997, a song from Lake Lost, I'm Losing You, was released on Baz Luhrmann's platinum-selling CD, Something for Everybody. I'm Losing You was released by EMI as a single in February 1998. Felix has been invited by Bazmark to compose original music for the stage show of Strictly Ballroom.

Felix is also the program co-ordinator for 'The Lake School of Celtic Music, Song and Dance'.
Felix studied at University of Melbourne for a Bachelor of Music and a Diploma of Education. STOP PRESS: Patrick McPartlon has resigned from Bushwahzee and Ewen Baker has joined the band. On the first of July 2000, Bushwahzee incorporated, and are now Bushwahzee Pty Ltd. 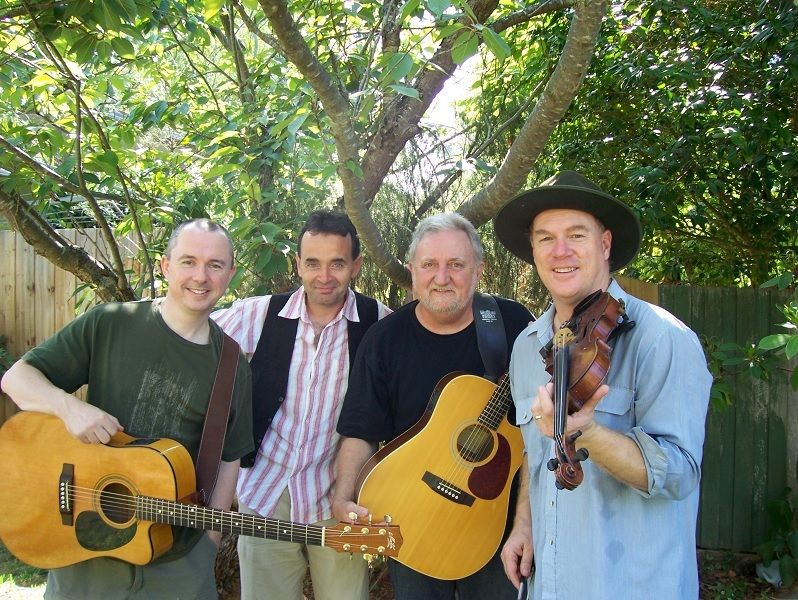