Accommodation and meals for 5 band members will be required if travel required any more than 200km from Eumundi.

AUSTRALIA'S MOST FUN LOVING AND AWARD WINNING 'JUG BAND' ESTABLISHED IN 1985 IF YOU HAVEN'T ALREADY YOU NEED TO HEAR AND SEE THE AMAZING, MULTI AWARD WINNING UNCLE BOB’S JUG BAND!

One of Australia’s favorite Variety Bands with 5 diverse and very talented musicians, spanning decades of experience in the music industry, bringing it all together with laughter and spontaneity. Enjoyment is guaranteed for all who see them perform. With instruments such as tea chest bass, mandolin, washboards, lead guitar, harmonica, rhythm guitar, kazoo, dobro and of course jug, combined with five part harmonies and occasional thong clapping, makes their foot stomping performances quite unique.

Uncle Bob’s Jug Band Established over 32 years ago and still going stronger than ever and have performed at various major Australian Festivals with several awards to their credit. The boys hail from Eumundi (home of the Markets) on the Sunshine Coast Qld. The Juggies are the worlds most amazing, unpredictable, band of misfits that has been around since the dawn of time and has so many different members the band forgets who is who. The jug bands diet consists of beer, grass clippings and moonshine, they have played all over the country and some members even claim they have been to other planets. So if you haven't seen the jug band before... YOU SHOULD!

Their explosive performance is not to be missed... with humour, fun and drinking.... oh and music so go check them out -: the pope. The band began in the 1980's and has involved many members over the years including such names as: JEFF, HATZ FITZ, ERROL, DICKO, MICK, SPY, BROWNIE, LENNY, COL FITZ, among others.

Shane (Crangy) Crang - acoumplished songwriter taking out Sunshine Coast King of the Song Awards in 2006 and runner up in the australasian songwriters contest.

Ed (Fast Eddie) Cripps - spoon player and bush base and played harmonica with Leeroy and the Rats. 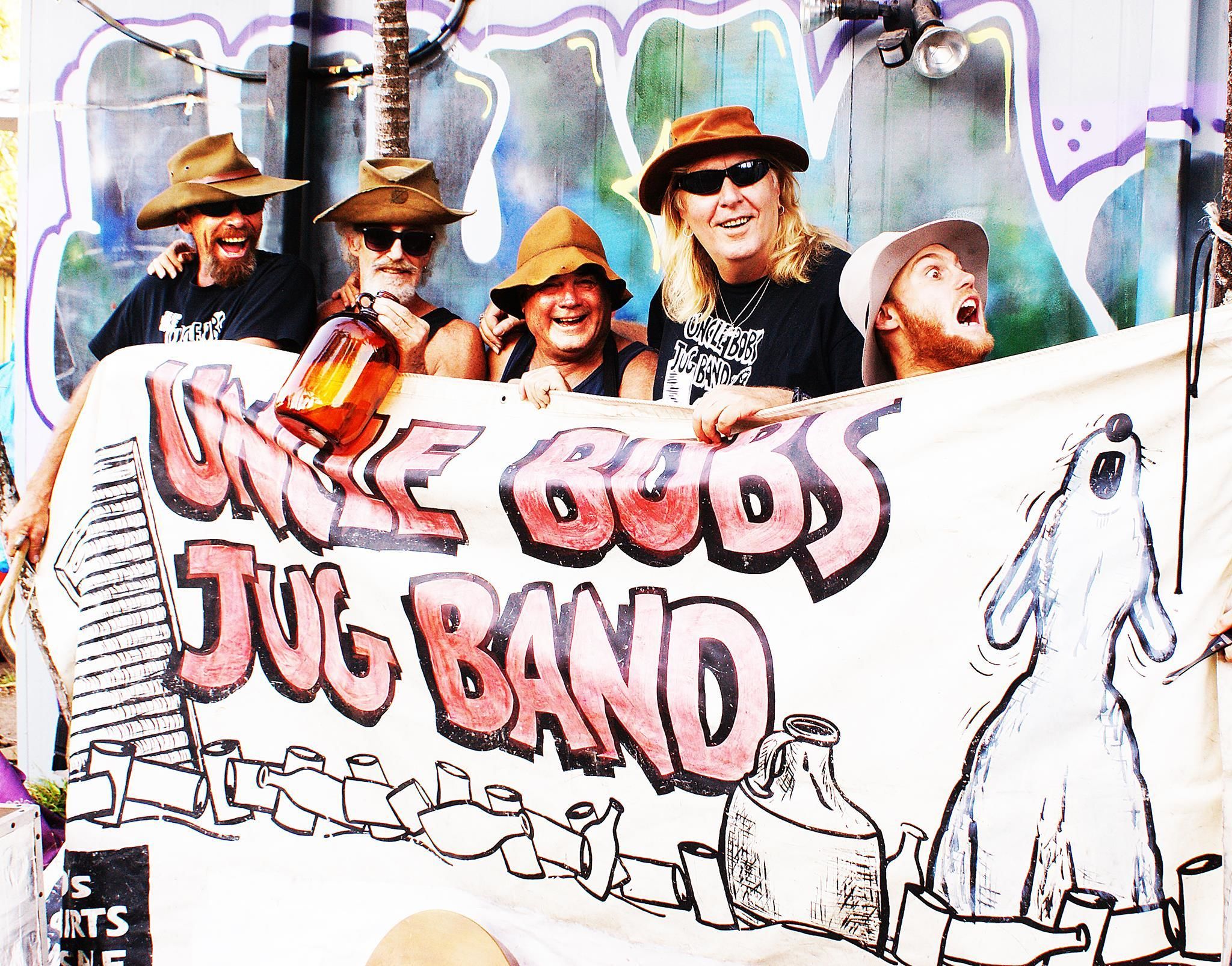