Lets go down to the Mardi Gras

As Paule Pachter from a U.S. based website wrote “Anybody that thinks that great cajun/zydeco music only emanates from Louisiana only has to listen to "Take You Everywhere" by Squeezebox Boogaloo. Accordionist, Geoff Tofler has spent the past thirteen years nurturing his passion and musical skills after being significantly influenced by artists such as Geno Delafose and Wayne Toups. When he returned to Australia he set out to form him own zydeco band. And if "Take You Everywhere" is the end result, than this transplanted New Englander has succeeded big time. Of the thirteen tracks featured only three are wonderful covers of material by Keith Frank "Have Mercy," Clifton Chenier, "Tous Les Temps En Temps," and Jazz Legend Edward 'Kid' Ory "All The Girls Go Crazy." The rest of the tracks represent some outstanding original material that's peppered with the rhythmic influences of Buckwheat Zydeco, Terrance Simien and Beau Jocque.

“Fool for you” on their second album “Map to your heart” describes “Madame Laveau, the voodoo queen, who sprinkled in secret three drops of rum”. The band also sings about Amazon Annie – the voodoo woman down in New Orleans. 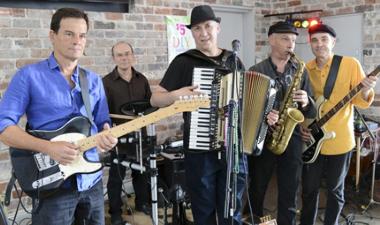