Blackwater have played their brand of Irish music at the "Concert in the Park" following the St Patrick's Day Parade in Sydney every year since 2005, to an audience of approximately 10,000+ people (Police estimates for last year, 2010, there were 27,000 people) and for the past four years for the Kerry Association of Sydney "Rose of Tralee" Ball.

Blackwater Irish Band Sydney play at many weddings throughout NSWand have travelled interstate and overseas to play at weddings. Blackwater has become very popular and people recommend us as "The Wedding Band" for your Irish/Australian themed wedding.

Blackwater Irish Band also play for any sort of a party in all venues big or small, nothing fazes us. We use a very portable compact fender pa system that allows us to squeeze into the corner of any room, boat, barn even played on a moving car trailer, but the sound it produces is like that of a big band.

Our repertoire covers most genres of music and should you require a special song or songs for your event,let us know and we will accommodate you as best we can. Blackwater can be hired as a two piece, three piece or four piece band when they include a BassPlayer, they play at weddings/ shopping centre's / parties / corporate and major events.

The Blackwater Band reputation has grown as an Irish band that plays authentic Irish music on the Sydney scene playing favourite songs and tunes be they old or new. 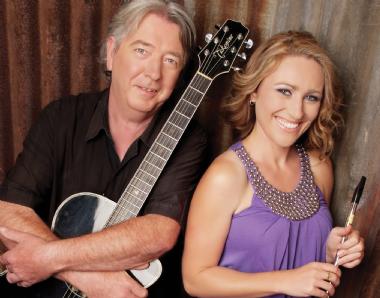