Cameron Mather is an exciting, dynamic and innovative performer of Irish music. He is a powerful vocalist and a multi-instrumentalist, playing guitar, tenor banjo, mandolin, bouzouki and bodhrán (the Irish traditional drum). Cameron's repertoire consists of Irish favourites old and new as well as a range of contemporary pop covers, ensuring he can meet the expectations of any audience. His performance style sets him apart from other performers in the genre as he manages to blend elements of popular music with Irish folk, drawing in a crowd of listeners young and old. Backed predominantly by driving acoustic guitar during his live shows,

Cameron will take you on a musical adventure - performing old favourites through to contemporary Irish music that will have you dancing, singing along and calling out for more. Cameron can be booked as a solo performer or, if required, can pull together a band of other Irish musicians (either for songs or traditional music). Please enquire for more details if this is required. If you're looking for live Irish OR contemporary popular music for your venue, function or event, Cameron will not disappoint!

Cameron's career so far has seen him support many of the highest profile Irish acts as they have toured Australia, namely;

He has also played at a number of music festivals around the country, including;

Cameron was awarded the prestigiousPeter J. Daly Memorial Award for Outstanding Performance of Celtic Music at The National Folk Festival in 2013.

Cameron is equally at home on a major stage as he is in the corner of pub, and adjusts his repertoire accordingly to best suit the environment and the audience. Some of the notable pub/club venues Cameron has played at include;

He has also performed at a number of functions and events for organisations such as;

Cameron has released two full length albums; Keepin' It Lit in 2009 and More Than I Can Say... in 2012. His most recent album, More Than I Can Say, demonstrates his talents as a singer and multi-instrumentalist and has received very positive feedback from his fans. He also features as a musician on Set Dancing Downunder Volume 2 by The Coast Ceili Band.

As well as being a professional, experienced performer and musician, Cameron is also a qualified audio engineer, having attained at Bachelor of Audio Production degree at the world renowned SAE Institute as well as a Certificate III in Live Production, Theatre and Events (Technical Operations) at TAFE NSW. With this in mind, Cameron is able to provide and operate his own P.A. System for your event if required or can effectively communicate with other sound engineers to discuss his requirements at your event. 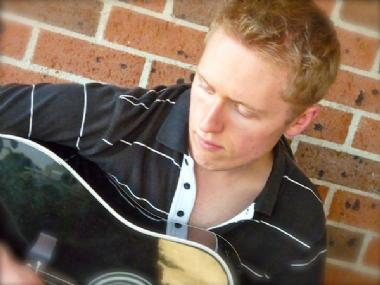