Without doubt, Captain Darling are one of Australia’s very finest Celtic bands. They are the funky Celtic band of choice, and without resorting to cliché, provide an energetic and accessible approach to the performance of contemporary Celtic music. They are renowned across the nation for their combustible, tasteful and muscular performances. As one of the few Australian-based Celtic ensembles that performs decent Cornish repertoire (in addition to their Irish, Scottish, Breton, contemporary original and cover tunes), their music has a depth and breadth rarely experienced in the local Celtic scene. Ranging from poignant to infectious, from complex to succinct, this is an ensemble with the range and musicality to suit any audience, old and young alike. They have a freshness, vibrancy and energy that has rarely been seen in the Australian Celtic-based scene: a well-rounded and diverse ensemble grounded in a traditional art form which is also not afraid to be spontaneous and creative.

This group is an initiative of several of Victoria's finest musicians: a band performing choice traditional and contemporary original Celtic music with a fresh and creative approach. The group's charter is to bring a strong, professional level of musicianship to the Australian Celtic scene. The band performs select traditional material in a faithful manner whilst presenting their more diverse contemporary Celtic-based music using improvised (solo and group), funk, dance and ambient tools.

With the original material the responsibility of Ben Deane-Johns (one of this country's finest young composers), Captain Darling features the smooth musical styles of Paul Van Ross (flute/tenor sax), Matthew Arnold (violin), and Matt Rodd (guitar/backing vocals). In these performers, Captain Darling boasts some of the finest instrumentalists going around. All are full-time working musicians who are dedicated to their craft, and the group allows each of them many opportunities to showcase their considerable skills.

Ben Deane-Johns is one of Australia's outstanding young composers, who is represented by the Australian Music Centre. He has released three CDs of his music (the orchestral CD "Ode to the God of Fire", the Taliesin CD "The Sea Sessions" and “Carry Me Home” by Captain Darling), has nine film and theatre scores to his credit has produced many recordings for other artists. In 2007 “The Full-Rigged Ship” was performed & recorded by the Sydney Symphony Orchestra, and he has recently completed a choir work entitled "Over Hill, Over Dale" (lyrics by Shakespeare). Bands include Captain Darling, Taliesin, Marabou, The Busted Onions, The Australian Afro-Celt Explosion, Djaambi, Ratbag, Funken Wagnells, World Rhythm Ensemble and many more.

Matt Rodd is a renowned musician, who has the ability to play in a number of musical styles. Matt is an accomplished improviser, in addition to his ability to accompany traditional and contemporary Celtic tunes. He is a fine guitarist, vocalist and percussionist who has been involved in many exciting performance and recording projects. His performance credits include Ruby Hunter and Archie Roach, Mungo Men, The Busted Onions, Marabou, Moroffsky, World Rhythm Ensemble, Ratbag, RoJo, The Big Easy and the Colours of Pulse Theatre Company. Production work includes the Millennium Choir Concerts with the Boite, the Australian Ballet new work "Fuscia" with an accompanying EP recording, radio/TV gigs and nightclub guest appearances.

Matthew Arnold is an extremely well-known fiddle player who has worked in the Australian music scene for many years. He has toured extensively around this country, most notably with Kavisha Mazella & "Journey Journey" (a MusicaViva promoted trio presenting various styles of music including Celtic & Romany to school children of all ages). Has toured South East Asia with "The Sundowners" and has recorded with Kavisha Mazella, Brent Parlane, Celtic Spirit and Maraid Sullivan (album "Dancer" produced by Donal Lunny). Other session and recording work includes The Celts, Celtic City Sons, Hugh McDonald, Katherine Clements, Kev Carmody, Tim Finn, Judy Small, Joe Dolce, The Great Chefs of Europe, Deborah Byrne and Nick Charles.

Apart from extensive touring and performing around the world, Paul Van Ross has also studied in New York with some of the world's leading teachers and musicians including George Garzone, George Coleman, Barry Harris, Dave Valentin, Andrew Sterman, Rob Schepps, Lawrence Feldman, Keith Underwood and Helen Campo. Paul has extensive experience as a soloist and as a member of various ensembles. He has performed with saxophone quartets, clarinet quartets, flute ensembles, big bands, jazz bands, Irish bands, African bands, funk bands and professional musical theatre orchestras. His versatility has enabled him to play a broad range of musical genres.

Released in 2005, the group's debut album is entitled "Carry me Home" and features guest artists David Jones (kit), Gerard Daly (bodhran) and the Southern String Quartet. Released through Green Media Distribution (MGM), the album is available on itunes and other selected digital outlets. 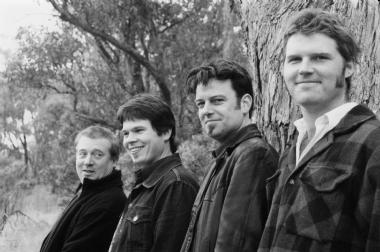