Celtic Fusion is a versatile four-piece multi-instrumental band playing Celtic-based folk music in SE Queensland for over ten years, incorporating a combination of traditional songs and tunes with country and western and contemporary numbers.

The band line-up includes an Irishman, two Scots and an Australian. All members share lead vocals and harmonies whilst playing a range of diverse instruments:

Celtic Fusion have played in various live venues and at formal functions in the Brisbane and Gold Coast regions and have also played at Festivals including The Australian Celtic Music Festival and the Redcliffe Sails Festival.

As well as continuing to perform live, Celtic Fusion has taken time out to produce a range of CDs highlighting their favourite numbers, beginning with To The End and following on with Gael. Their latest CD – The Last Great Love Song – is a tribute to original band member, the late Jim Hill and includes some of Jim’s favourite tracks. Jim’s contribution features his unique talents with vocals, tin whistle, flute and tenor saxophone. Celtic Fusion is proud to announce that The Last Great Love Song won Album of the Year at the 2019 Australian Celtic Music Awards against a field of impressive International and homegrown musicians.

The boys and girls of Celtic Fusion take their music seriously, but they believe in having fun and including the audience in enjoying the experience. They aim to present the very best of music in the
Celtic tradition, and audience participation and satisfaction will always be their number one priority. 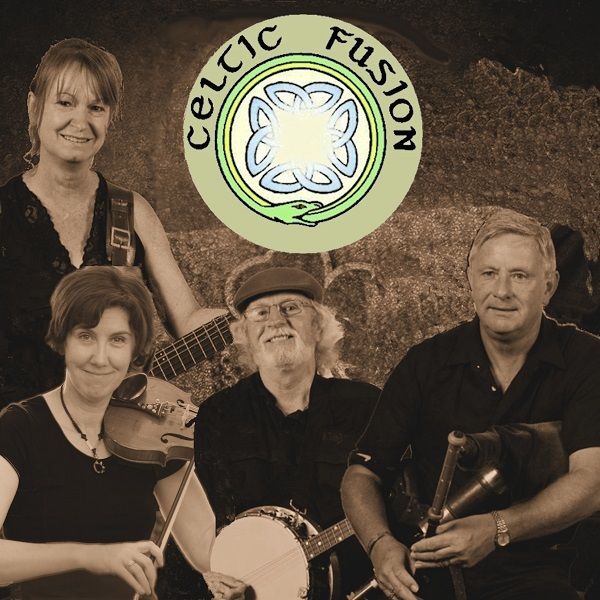