Adelaide String Duo (ASD) comprises Brenton and Jacqui Edgecombe on violin and cello. They have a wealth of experience performing at weddings, corporate functions and events of all types. Between them Jacqui and Brenton have played with the Adelaide, Sydney, West Australian and Tasmanian Symphony Orchestras, Sydney Opera House Orchestra, Bolshoi Ballet Orchestra, Main Event Orchestra among many others.  They were founding members of the Melbourne Event String Quartet.

The Adelaide String Duo performs mainly classical repertoire (see repertoire list below) with a smattering of more modern material.  They are happy to create bespoke musical arrangements of your special song or songs.

As well as presenting the Adelaide String Duo, Brenton & Jacqui perform in a variety of music and entertainment groupings which you'll find by searching the Entertainoz website:

The Adelaide String Duo also have a broad range of Christmas music.

Client to provide: performance area (protected from the elements), refreshments and parking close to venue 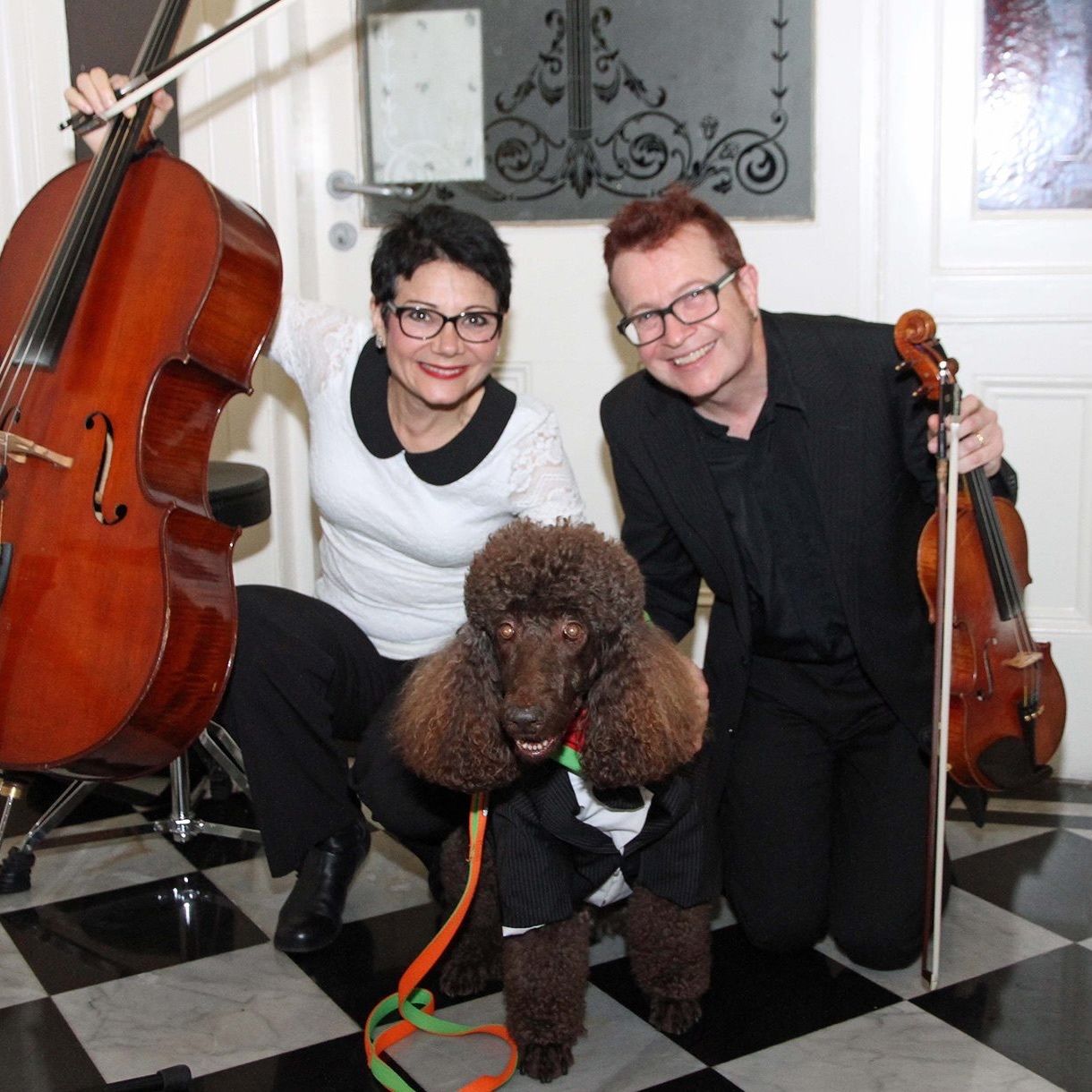