Sapphire String Quartet was selected to perform for the Apec Summit at the Sydney Opera House on the 8th of September 2007. In 2008, the quartet performed at the ABC Radio Awards and at the ANZ Stadium for Andre Rieu's VIP cocktail parties. The group recently performed for the Heart Foundation at the Sydney Government House.

The group is highly experienced, based at the Sydney Conservatorium of Music. All members are leading professional soloists, chamber and orchestral musicians. The member has won major prizes in both national and international music competitions such as Gold medal at the Kocian Music Competition 1994 in Prague, International String Player Award and Silver medal at the Gisborne Music Competition 2002 in New Zealand, and 1st prize at the string quartet competition (open age) in McDonald's Performing Arts Challenge 2003.

Their performances include concerts at 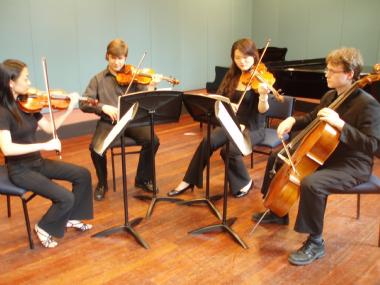