DUO LILI was formed in Sofia, Bulgaria by Georgi and his wife Svetlana. They perform a wide range of music for dancing, including pop, r&b, latino, evergreens, samba, disco and rock.

The duo has performed in hotels and on board , including engagements in Germany, Spain, Switzerland, Cyprus, Morroko, Dubai, Turkey and Scandinavia. Both members have an extensive musical training. Svetlana Vyazigina handles the lead vocals. Georgi Birov is keyboard player and also sings.

This is a duo that's always changing to keep their presentation contemporary, while not neglecting past classics.

Georgi Birov. He started to play violin at home at an early age and later studied viola at music school and Conservatory. Georgi played in many bands, initially as a teenager, he performed locally with his friends in a cover band. Later, he performed in one of Bulgarian’s most famous rock bands. Georgi is fluent in English, Spanish and is able to sing in Italian and German as well . The keyboard is his favorite instrument and he can play hours of easy listening music. He is a computer specialist, with which he loves to write, compose music and edit audio and video materials.

Svetlana Vyazigina. She started to play piano at 7 years old. Later she studied contrabass at music school and Conservatory. She began singing when she was a young girl with her father who is a musician as well. She has performed throughout Europe and America with both opera and symphonic orchestras. She caters for all ages succeeds in making the audience get up and dance with her positive and outgoing personality. 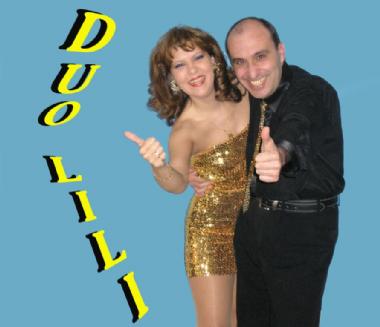