Jacqui Ryan is an exciting and vibrant performer who will leave you wanting more! This Brisbane based songstress whose success comes from natural talent and years of hard work from touring the festival circuit became apparent when in 2007, she unleashed the results in her independently released debut EP “A Moment In Time”. Jacqui Ryan is no stranger when it comes to performing live modern country rock! You will see Jacqui at Australia’s most famous music events and see her music video clip on the Country Music Channel, CMC. With the talent, determination and actions Jacqui and her management are about to unfold in 2009/2010, Jacqui is set to do extremely well in the music industry.

With her new album set for release in Australia early 2010 which is said to be a break through in modern country rock and unleash Jacqui globally. The finial months of 2009 will see Jacqui in America to sign a record contract backed by a tour in 2010 and where she plans to devote several months performing and song writing. Current talks of a song placement on a blockbuster film and co-writing with world renowned artists in America are our present dealings so the future is looking very bright for Jacqui. With a huge success at the 2008 Toyota Music Muster where over 20,000 people flocked to Gympie to see the Muster, and early this year at the Tammworth music festival where Jacqui was featured again with numerous performances. Jacqui’s first single from the EP – “Unlucky In Love” truly showed Jacqui’s ability to have fun and to be able to make fun of a situation one cannot usually control. Unlucky In Love was a great first single and it seems that Australian and International audiences agreed. The single was not only debuted as a HIT prediction but also enjoyed chart success on Kix FM sitting in their top 25 chart for 4 weeks straight. After this, stations all over Australia – as well as International stations from New Zealand, The Netherlands and France wanted a piece of the action.

There’s no doubt about it, Jacqui Ryan is a glowing star while mixing, performing and learning from the likes of Beccy Cole, Adam Brand, Adam Harvey, Troy Cassar-Daly, Lyn Bowtell, Brendan Walmsley and Carter & Carter has helped this dynamic performer to hone and develop her natural ability to perform, engage and capture audiences To not leave fans hanging, Jacqui released her 2nd single – “Don’t Walk Away” in March of this year as well as her debut Music Clip which is currently being aired on The Country Music Channel (CMC). 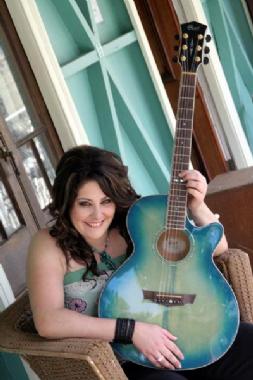