Rising South is a coming together of like-minded musos with years of band and entertainment experience under their big-buckle belts.

MEMBERS (From left to right):

Chris Campbell (Drummer & Co-Lead Vocals) With a music background spanning three continents, Chris settled in Adelaide's southern suburbs in 2011 and after a few years sabbatical, he eventually returned to the music scene. In addition to being a front man to bands such as The Individuals – a covers rock band in Los Angeles, and Tr3nity – a Prog Rock band in the UK, Chris has toured extensively throughout Europe and the Middle-East performing Opera and show tunes for the highly acclaimed corporate act, The Three Waiters. Over a span of 30 years, Chris has been in Musical theatre, is a produced Playwright, has been an actor on stage and television, a screenwriter, and a Stage Director. Playing drums is a more recent ability and Chris has enthusiastically embraced the challenge of drumming and singing at the same time. “Think patting your head and rubbing your belly while hopping on either foot,” he explains. Along with his highly talented fellow band members, the learning curve of Country Rock is something all are ascending together. In Chris's own words, “Country is the new Rock n Roll!”

Pete Taylor (Bass Guitar & Backup Vocals) Pete has been playing bass guitar for over 20 years. His flawless and unassuming bass playing has made him a bassist in demand. Pete started playing with bands in the UK and with the addition of being able to play saxophone as well, he has fitted seamlessly into many styles of music. Since moving to Oz, Pete has spent most of his playing days with Dave and Sam. Now performing a completely new genre of music with Rising South, the transition is made easier playing with familiar faces.

Dave McQueen (Rhythm Guitar & Co-Lead Vocals) Trained by Nick Keys from the Voice and music studio, Dave has been a prominent musician playing in local bands for the last 20 years. Projects have included The Rock Pack, Dark Horse, Killing Time, and several other project bands performing around the Adelaide music scene. Dave's long-time playing history with fellow band members, Pete Taylor and Sam Murray, has in his own words, “Been an educational experience to learn from one of Adelaide’s best guitarists for many years.” With a Rock and Blues background, Dave has taken to Country Rock music recreating the sounds of Nashville with a rocky edge, utilising a big strong lead vocal voice to recreate and re-mold the sounds of Country Rock.

Sam Murray (Lead Guitar) Sam's versatility allows him to touch many aspects of music using an array of guitar effects and pedals to suit all styles. A seasoned veteran of the music scene in Oz, Sam's playing credits date back several decades. In 1968 to 1971 he recorded four singles at EMI Sydney with “The Sheik Of Scrubby” Chad Morgan on his Album called The Cock Of The Walk. Then in 1977, he joined a band called, Moose Malone and recorded an album with them at RCA Sydney called The House Of Blue Lights. After a spell in opal mining and a marriage break-up, Sam moved to Adelaide and became a taxi driving “Muso” for 25 years, playing and performing with several bands before joining Rising South. 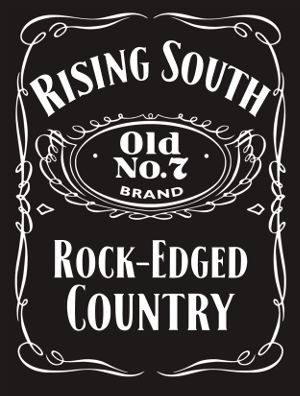