Horsebox - Brisbane’s ultimate covers band, rocking a pub near you! Horsebox are a four piece covers band with over twelve years experience in South-East Queensland’s entertainment scene. The all original line-up consists of: Wes on lead vocals & rhythm guitar, Dec on backing vocals & bass guitar, Keith on lead guitar, & Jarrod on drums. With a wealth of experience & a professional attitude, Horsebox have developed a keen understanding of what the patrons want to hear. With this in mind, they have compiled a set list of songs that covers five (5) decades, from the 60’s through to the present day’s top 40. Featuring songs from artists such as:- Elvis; The Beatles; Creedence Clearwater Revival; Crowded House; Pearl Jam; Greenday; Kings of Leon; Cold Chisel; John Mayer; Screaming Jets; Powderfinger; plus many, many more. So whether it’s just a night of pure rock or an acoustic Sunday session that you are after, Horsebox always know how to get the party started.

I rang you yesterday and spoke to a lady to thank Horsebox for our function.Horsebox were fantastic. All the guests enjoyed their music, and they are still being talked about.Thank you very much. Regards Sally

THE BAND ON  RIVER FIRE WERE THE BEST BAND I'VE EVER SEEN. Jae Emerson Regents Park

We all had a great night, we all danced and the band was great. Will definitly be back again. Christine Samuels West End

We were on the island on saturday the 17th of december for a xmas cruise and it was the best night we have had in a long time the food the band the atmosphere were better than excellent. we will definately be going again. Thanks Amanda and Nick

Plus many, many more 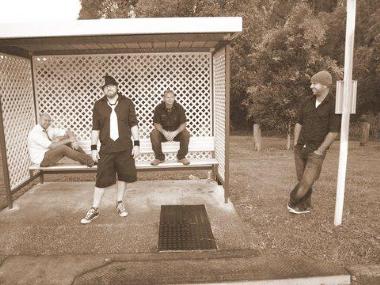