Amanda Stella Webb and Emille Theeboom have been performing in Clubs, Hotels and at Private and Corporate functions for years.

They have combined their talents to bring you a complete blend for all music lovers.

Amanda is a dynamic performer whose vocal range and versatility as a singer is as diverse as her career.

Growing up as a fully trained performer in dance singing and drama from the age of 5.

She began performing professionally at the age of 8 in Australia on shows such as “The Mike Walsh Show” and “The Midday Show”.

This trend continued and she appeared on numerous TV commercials and voiceover work, award shows including the AFI Awards, Mo Awards, the cabaret scene throughout Sydney and extending to many fully choreographed productions shows as lead singer for Grayboy Entertainment.

She is petite yet powerful and her engaging, witty and warm nature has taken her to destinations all over the world.

She can belt out the classics and then touch your heart with a soulful ballad and even jazz.

Vivacious and sassy , Amanda is all class. From her on stage presentation to her ever changing vocal styles and high-energy performances.

Emille’s keyboard and joint synthersizer skills having trained since the age of 5 together with his strong vocals has been performing professionally from the age of 16 which includes bands (namely “Australia”), television appearances (“Count Down”, Donnie Sutherland Rock Show”), and celebrity functions.

Eclypse cover songs from the past up to the present from Sinatra era through to the Retro 70’s, 80’s to the modern 90’s right up to the Current Top 40 songs depending on the venue and occasion. 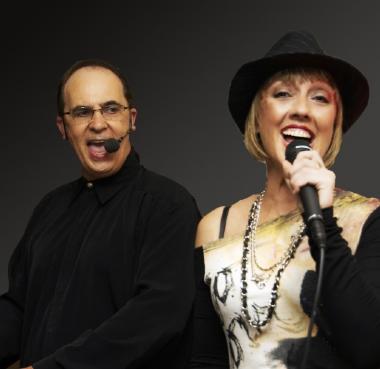