Intenso is a music duo based in Portugal where the members have music as their life passion. Having over 10 years of experience performing live they are always looking for new challenges and audiences to entertain.  They perform unique versions of well-known songs within the genres of rock, pop, country, folk, latin and rock n' roll. Their show has been described several times as being intense and engaging and from the greatest ballads to the most contagious party songs they won't leave anyone indiferent to their performance.

Marco has that unique style that characterizes singer/songwriters where his voice blends in perfect harmony with his guitar whilst Evita delivers an unexpected powerful voice carried with amazing feeling. From the greatest rock n' roll songs to the most modern songs they give their own touch with great arrangements of vocal harmonies, percussion, harmonica and guitar, playing everything live. Their repertoire comprises songs of artists who are an influence in their music such as Bob Dylan, Bealtes, Aretha Franklin, Beach Boys, Elvis, Neil Young, Simon & Garfunkel, Rolling Stones, Eric Clapton, Bonnie Tyler, Tina Turner, CCR, Michael Jackson, U2, Colplay, Kings of Leon, Damien Rice, Adele and many more.

The duo is versatile and a great choice for several types of events such as:

Their love for music makes them perfeccionists in the art and always trying to overcome the expectations of their clients. In the last years the had the chance to work in several European countries (Portugal, Spain, Belgium, Greece and Turkey) in many renowned venues such as Gran Hotel Nagari, Augusta SPA & Resort, Holliday Village, Aqua Hotel, Platinum, Apollo Blue, just to name a few.

Intenso is not only rich in music but also in languages, together they are fluent in Portuguese, Spanish, English, German and Dutch. which allows them to connect very well with an international audience and even surprise them with songs in their own language. 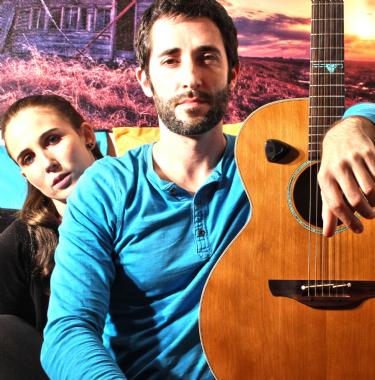