Request a Quote
About the band
Mid Nyt Sun is a Sydney based band, that draw on a wide range of musical styles to provide live musical entertainment for all kinds of functions including: Parties, Weddings, Conferences and Seminars

Mid Nyt Sun have been nominated 5 times and has won the A.C.E. Award for “best 3 piece band" 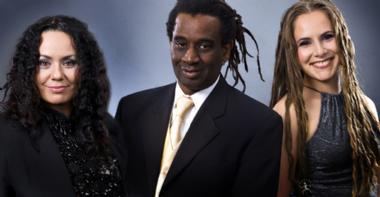 Gordon Hunte has spent his entire working life touring the world and playing music with a list of top recording artists including:
Grammy Award Winning Artist, Sade (Smooth operator
Bob Marley (Is This Love, No Woman No Cry)
Billy Ocean (Caribbean Queen, When the Going Gets Tough)
Carl Douglas (Kung Fu Fighting)
Johnny Nash (I Can See Clearly)
He has a Platinum album for his work with Sade.  (Is This Love, No Woman No Cry) (Caribbean Queen, When the Going Gets Tough)(Kung Fu Fighting) (I Can See Clearly)
Rebecca Menzies was born into music. Both her parents are prominent in the gospel community.
Rebecca chose to widen her horizons, and has become well known in Sydney for her work with show bands like “It’s Shagadelic” (The Austin Powers Show), and A.C.E Award nominees “Go Cat Go”.
She is presently under contract as a session singer to “Pitchblak Studios”, Sydney. You may recognize her voice from various TV and cinema adverts.
Areyan Estell is an electrifying performer. She began her professional career at the tender age of seven, and has performed for audiences around the world.
A sensational singer and dancer, she spent many years appearing on New Zealand television.
Areyan has represented New Zealand as a finalist in the World Dance Sport Championships in Canada.
She has also established herself as a much sought after performer in many of Australia's major resorts
Song List
The following list is by no means comprehensive, but is only a small sample of the stylistic ranges that we're capable of.  If you have any specific song requests, just ask us.
Party Favorites
Ceremonial
Ballads
Latin
Reggae
Blues - Jazz
Rock “n” Roll 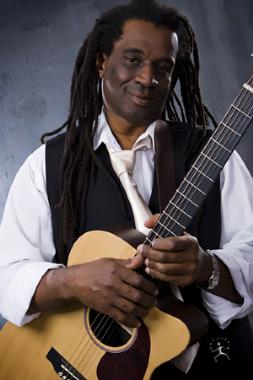