Since it’s conception in 2009, Air & Space, the Melbourne based DJ and producer has shown an aptitude for playing to crowds. Having just released his debut EP entitled ‘Boy/Girl’ on Love Gun Records, a label he himself helped to found, Air & Space has been established as one of the figures at the forefront of a wave of deep house music sweeping the underground. A 2011 collaboration saw Air & Space work with Azari & III on a remix of their underground hit ‘Indigo’.

With a repertoire of big name festivals under his belt like Summadayze and Creamfields, and recently having returned from an Asian tour, which spanned Malaysia, Vietnam, Thailand and Japan, his ability to tailor his shows to the moment is instinctive. Having also played mash-up party sets for Red Bull, Small Help-Big Hope, Steve Madden and the ISAF Sailing World Cup, Air & Space has shown his depth and musical range. A fact that is also highlighted by his much sought after ‘Edits Series’, which includes a range of funk, disco and RnB edits.

Through spending long hours, late nights, and the occasional early morning in the studio, this forward looking DJ/producer has already lined up a number of future releases, the first of which will be out in September. Also of note, this fashion focused artist is also designing the line of Love Gun Apparel which the record label will release along side its music, bringing together two of his great passions. 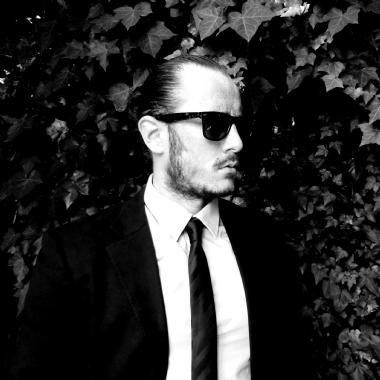