In 2007 the band toured Europe and took France, Switzerland, Germany, Belgium and Holland by storm. They are popular in Melbourne’s most intimate and liveliest bars and cafes. They have sold out shows at The Spotted Mallard, Open Studio, Bar Open, The Gasometer Hotel, Sooki Lounge to name a few and have performed at popular events like the Queen Victoria Night Market.

They have made several live appearances on various radio stations over the years: ABC Radio National, 3MBS,3RRR, PBS, 7THE (Ausflok Radio), FM2CBD

“I had the pleasure of engaging Babaganoush to play at the International Blacksmiths Festival in March 2013. The band brought the crowd to their feet with its unique blend of original and traditional energetic gypsy and Balkan tunes. Babaganoush represented the highlight for the festival and I will not hesitate in seeking them out again for our next event.” (Steve Phillips, Project manager and director of the International Artist Blacksmith’s Festival 2013, 2015 & 2017)

Their influences include great Romani/Gypsy musicians such as Taraf de Haidouks, Kocani Orkestar, Esma Redzepova & Kali Jag. From the Spiegeltent to Europe’s liveliest bars, Babaganoush have ventured the world music circuit in full swing. Seamlessly they cover many traditions (Romani, Serbian, Bulgarian, Romanian, Hungarian, Greek) with their own authentic touch. Exuberant, heartfelt, the band has an organic beauty that is rare and unforgettable.

More History
Babaganoush was founded in 2003 by Malini Chidzey, the band’s  charismatic leader and virtuoso violinist. She invited singer and  accordionist Mark Planigale to join the group and they began performing as a duo in early 2004.

Babaganoush’s profile has steadily grown with performances at local and national festivals as well as a European tour in 2007 that took the band to Germany, Holland, Belgium, France and Switzer land. Babaganoush has a history of interesting collaborations with other groups including involvement in the Vjerba Dance Theatre  production ‘Svetlana’s Lullaby’ in 2006. They have participated in great collaborative projects such as the KARAVAN International GYPSY MUSIC FESTIVAL 2011 & BALKAN BEAT BOX at the FORUM 2009 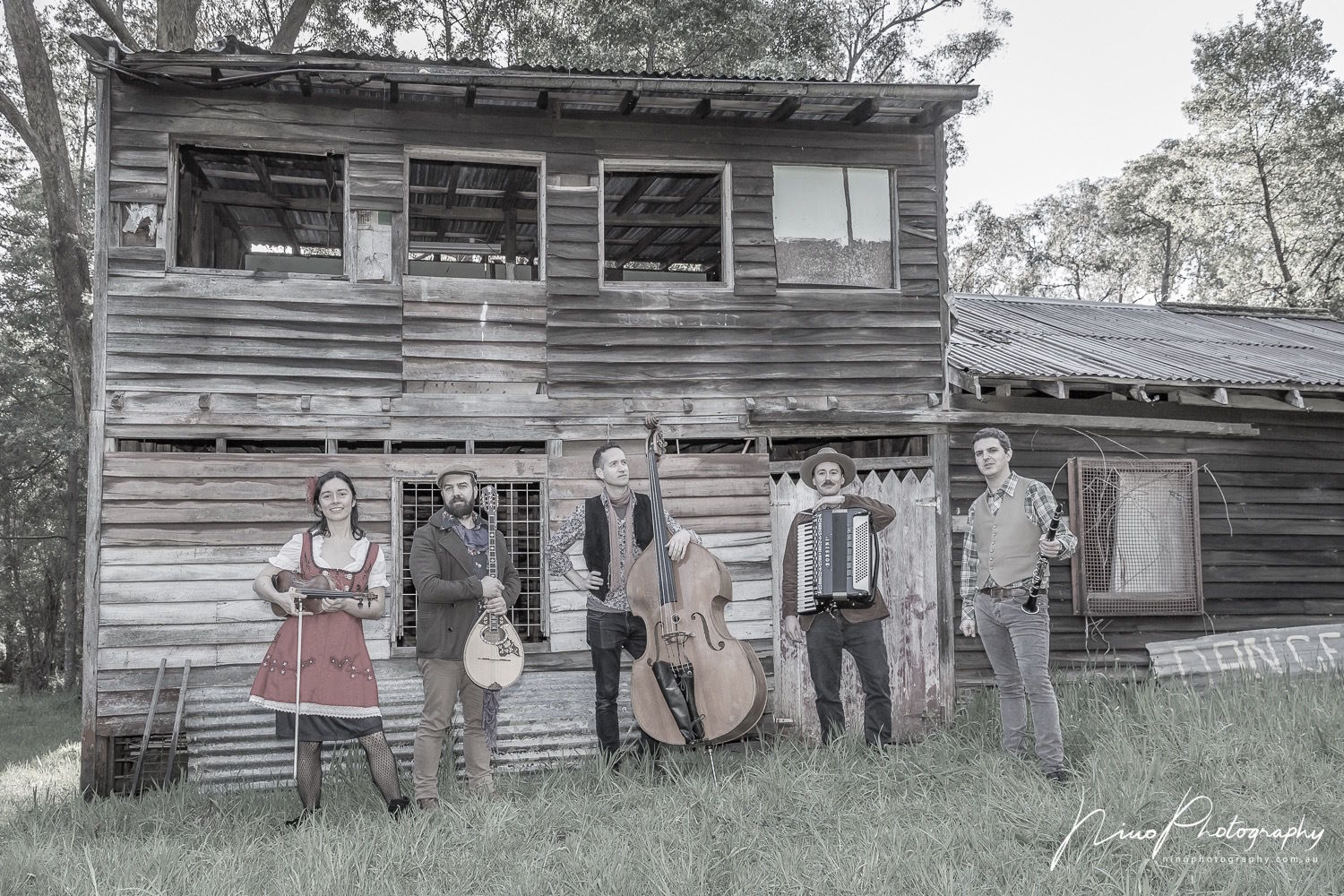