A Band For All Occasions

In 1996  A Band For All Occasions developed a cabaret styled band to cater for functions and events. The band is called Viva the band.  The band has produced many  successful performances at major music festivals Internationally and locally. The band is very popular on the Sydney music scene delighting  their audiences with their performances of  Jazz, Swing, Salsa, Latin, French, Spanish, Gypsy Jazz, Zydeco and classic show tunes. Viva the band is a truly versatile party band, a specialty for mixed audiences. The band has performed at many corporate functions, events, 5 star hotels, function centres, private parties and music festivals.

Viva the band regularly perform as a quartet or as a sextet at festivals and events including: Jazz in the City of Sydney at QVB, music events at Sydney Olympic Park and Darling Harbour and festivals at The Gold Coast, Newcastle, Morpeth, Kiama, Illawarra, Manly and Thredbo

A Band For All Occasions also feature the two founding musicians of Viva the band  as an accordion , flute, bass and guitar duo. The duo is an economical alternative to a formal string  trio or quartet, performing the same function but creating a romantic "French" ambiance.

There are also clips on youtube under the titles French music, a video of Paris and Django Reinhardt and Music in Asia with Viva the band in Taiwan

A snapshot of the duo's repertoire include:

SHOW TUNES : Puttin' on the Ritz, In the Mood , Stardust, Caravan

The bands are structured for functions that require a traditional format of: 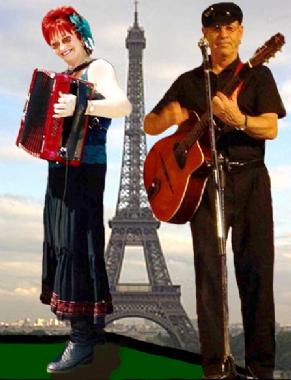