Lady Jam is a jazz/funk + latin groove band and we can play as a trio or up to a sextet. Our line up includes smooth female vocals, acoustic/electric guitar, double bass and latin/jazz percussion and drums. The band is making a name for it self in the local sydney music circuit as an innovative band which mixes up funky grooves with intricate guitar riffs and stylish unique vocals. The band plays a range of music including jazz standards to latin samba and funk to originals if requested and is available for all functions, private parties, openings and weddings.

Lady jam have a current residency (as a trio) at Jazushi in Surry hills and play there every 2 weeks. Other venues recently played in with great success include, The METRO- city, Sydney, The Civic Hotel, Excelsior Hotel in Glebe, Sydney Flying Squadron in Kirribili, Cat n Fiddle hotel in Balmain, V bar in city, Sydney, Gladstone hotel- Dulwich hill, private functions- including weddings, cocktail parties, openings and Launches.

The lead singer, Senani has had great local/Australian success with the release of her albums "Everything I Do" and " New Day" which received Australia-wide airplay on FM stations including 106.9FM, 104.5FM and has had acclaimed reviews in well-known music magazine "the drum media".

Senani has played (in the mid 90's) as opening act to Silver Chair and Margaret Urlich and with current original music is achieving success as an Australian singer/songwriter. Senani has had intensive vocal training (classical and Jazz) over the last 20 years and has sat AMEB exams with success.

Lead guitarist (acoustic and electric) Mark Dadds weaves magic with his intricate guitar riffs and soulful playing style. He holds a Masters of Music Degree from the QLD music conservatorium.

Supporting this core team are the talents of John Maddox on double bass- a Maestro of funk/jazz bass and who also plays with several well known local and international acts, and Francisco Munoz- an energetic jazz/latin drummer who plays to the mood required. 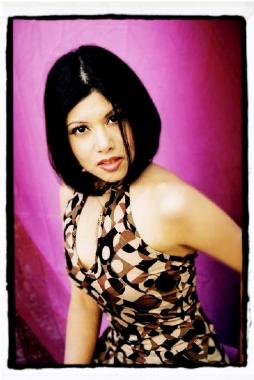