Richie has played, jammed and worked with acts such as,

Richie continues to play with a pool of Adelaide’s finest musicians, and as an ex-Legacy ward, regularly donates performances and recordings for fund-raising for Legacy Club and other wothy causes. For many years, Richie has also donated his time as a feature guitarist for fund-raising events with amateur bands such as the Australian Army Band Adelaide.


Richie’s Events and Gigs Include:

Many personal appearances for the South Australia’s Premier, Governor, and a host of other dignitaries
(with personal thanks and accolades from Hieu Van Le)

With a combination of Big Band, Concert band, Rock N Roll, Jazz, Country and Funky Nightclub Bands, Richie’s repertoire is as broad as any audience. You can hear bass lines, chords, melody, and percussion all at once as he takes you on a journey through styles and moods only possible with a dedicated, heartfelt approach and a wealth of experience.

In short, Richie is a player you simply have to see. Put it on your bucket list!

WEDDINGS & RECEPTIONS - With a lifetime of experience, Richie can organize your wedding entertainment to be just so. You can expect a song for every situation for your reception; from entry, to wedding waltz, to your parting dance, and everything in between.
Richie can also MC your night, and have it all organised well in advance so there is a minimum of fuss for you. You may like to take advantage of a special package and include Richie as solo or duo live at your wedding ceremony.

Richie's repertoire with backing tracks is too big to include on this page, so please don't hesitate to ask if you would like a particular song or artist covered for your event.

For medium-sized rooms and audiences - Bi-Amped stereo RCF top end and KV subs, giving concert-like quality for up to 200 people.

For small rooms and wedding ceremonies – Either the bi-amped RCF top-end, or for intimate performances, a full-range, high quality battery guitar amp for outdoors. 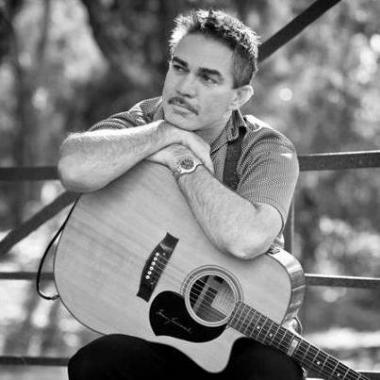