The Harry Edwards Trio are a staple act of the Hobart jazz scene, with a wealth of experience performing their original works around Tasmania and mainland Australia.

The ensemble has developed a unique creative approach to performances by using traditional gypsy jazz instrumentation to perform original material, drawing attention and accolades from experienced musicians and the public alike.

Harry’s compositions draw on his love of gypsy jazz (Jazz Manouche), as well as modern jazz and classical music. The band's repertoire contains both swinging up-tempo numbers, and more sensitive slow pieces. We can customise the perfomance of our original material to meet your needs.

This jazz trio is suitable for any type of event, and we have experience performing around Australia, both at private and public events.

Our repertoire consists of Harry's original jazz compositions. We have enough material for several hours of perfomance. Some featured tracks which can be found on our debut CD include:

Please listen to our audio sampler to hear the eclectic nature of this trio's original material.

Praise for the Harry Edwards Trio

“This trio wears its gypsy jazz heart on its sleeve and uses it to launch into the musical stratosphere. To hear them is to love them.”
Michael Mackenzie (ABC Radio National)

"The Harry Edwards Trio blew me away with their fresh and innovative style. Harry is a superb guitarist and his original tunes are very special."
Robin Nolan (Internationally acclaimed guitarist and educator).

"Harry is producing some exquisite original musical compositions and showcasing them with sensitive and masterful guitar playing."
Glen Hodges (Coordinator of Contemporary Guitar, University of Tasmania)

Harry graduated with a Bachelor of Music and Bachelor of Arts from the University of Tasmania in 2012. He now has a regular practice of performing professionally with various ensembles around Tasmania and interstate.

Composition and Jazz Manouche are Harry’s core passions, and in June 2014 Harry travelled to the U.S.A. and France to study with some of the world's leading gypsy jazz musicians. This was made possible by the generous support of the Phonographic Performance Company of Australia, the Australian Arts Council (ArtStart Grant), Arts Tasmania (Start-up Artist Grant) and Regional Arts Tasmania (Quick Response Grant).

Harry has performed in numerous ensembles including Django’s Tiger, Gadje, Au Voir Swing and his current ensemble the Harry Edwards Trio. He has performed regularly on ABC Radion National with his trio, and in 2010 was invited to perform solo jazz guitar at a tribute concert to Django Reinhardt for the Devonport Jazz Festival.

He has played as both soloist and accompanist alongside international jazz icons George Washing-Machine, Ian Date, Nigel Date and Jon Delaney.

The Harry Edwards Trio recently completed a tour of east coast Australia. The highlight of this tour was their performance at the annual ‘OzManouche’ festival at the Brisbane Jazz Club, where they were the support act for international gypsy jazz icon Robin Nolan. He has also received private tuition from Australia's foremost guitarist in this idiom, Jon Delaney. 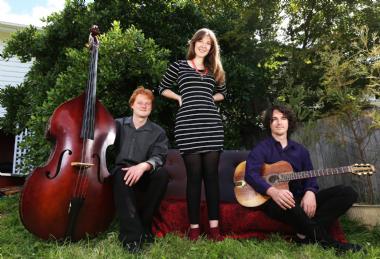