'Linda and Elsen' are a Premier Jazz Duo based in Sydney. They have performed both Nationally and Internationally, including venues such as The Sydney Opera House, MONA, City Recital Centre and More. They perform music ranging from Jazz to World, RnB to Pop, and perform at a level expected of professional ensemble.

Linda Taylor is one of Sydney's in demand vocalists, performing regularly locally and abroad, Linda is described as someone who captivates an audience instantly at any event, function or performance. Linda also has lectured in Voice at the Australian Institute of Music.

Elsen Price has performed professionally since 2008, highlights include Josh Groban (Multi-Platinum Artist), Mike Patton (Faith No More), Lee Ranaldo (Sonic Youth), Sydney Symphony Orchestra and many other National and International Acts. As a soloist, Elsen has been a featured artist at the European Double Bass Festival (Prague), Sydney Festival, Vivid Festival and many other New Music and World Music Performances. 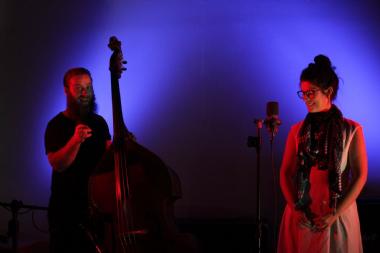