Request a Quote
Described by the Australian press as the "It Girl" of the Sydney jazz scene, Sally performs in and around Australia and internationally with her bands, consisting of the cream of the Sydney, Melbourne and Brisbane jazz scenes, her core Sydney band comprising: Bill Risby (piano), Natalie Morrison (bass), Andrew Dickeson (drums), Ian Cooper (violin), James Muller (guitar) and Adrian Cunningham (sax).

Sally has released two albums to date.  Her brand new album 'One Bite At The Cherry', and her debut album 'Little Evil Me' (released under the Newmarket Music label) continue to receive extensive airplay across jazz and blues radio stations Australia wide.
Born into a musical family, Sally has studied singing under some of Sydney’s jazz legends including Kerrie Biddell, Joy Yates and Steve Clisby.

Sally started out mastering classical piano from age 4 which she went on to teach for many years (having reached AMEB grade 8).  Sally also studied drama, classical ballet, tap and character dancing for over a decade. During her youth she also appeared on various childrens’ television programs.

Sally's shows  are jam-packed with saucy jazz, blues and latin songs straight from 'Naughty Land'.  Sally is a sassy jazz chanteuse with a voice that's seductive and playful and she has been wowing audiences both in and around Australia and across the globe with her riotous performances.  Think Peggy Lee, Eartha Kitt, with a touch of Marilyn and Blossom Dearie!  Sally’s voice which has been described as “exquisite”, has the magic seduction of playtime and her rich and playful delivery lifts hearts and spirits as she moves effortlessly during her performances between swinging jazz standards, blues, latins and soulful ballads.  ??

In essence, Sally Street puts the muse back into music and brings the razzle dazzle into the magical world of jazz.
SAMPLE SONG LIST:

(If you require any special songs for your function, Sally can usually accommodate your request given prior notice)

A foggy day
A sleepin’ bee
All of me
All I do is dream of you
Almost like being in love
Alright, Ok, you win
As long as I live
At last
Bambi’s blues
Besame Mucho
Big spender
Black coffee
Blossom’s blues
Blue Prelude
Blues in the night
Broadway
Call it stormy Monday
C’est Magnifique
Centrepiece
Comes Love
Dance me to the end of love
Diamonds are a girl’s best friend
Don’t be that way
Don’t get around much anymore
Drinking again
Everything I’ve got
Fever
Frim fram sauce
Gee baby aint I good to you
Gimme a pigfoot (and a bottle of beer)
Girl talk
Give me the simple life
Green Dolphin Street
He may be your nman
I can’t give you anything but love
I just wanna make love to you
I love being here with you
I love Paris
I said no
I want to be evil
I wish you love
If I can’t take it with me
Is you is or is you aint my baby
I’m a woman
I’m beginning to see the light
I’m hip
In the dark
Just one of those things
La vie en rose
Lady Marmalade
Let it snow, let it snow, let it snow!
Let there be love
Lets stay together
Lilly
Long John Blues
Lost mind
L.O.V.E.
Lullaby of birdland
Lonely in New York
Makin’ whoopee
Manana
Mean and evil blues
Merry Christmas baby
Mr Better
Mr telephone man
Must be catching
My attorney Bernie
My baby just cares for me
My heart belongs to daddy
Nasty, naughty boy
Nature boy
Never make your movve too soon
Next time you see me
New blowtop blues
No more blues
Orange coloured sky
Perhaps, perhaps, perhaps
Peter Gunn
Play your hands girls
Route 66
Santa baby
Since I fell for you
Somewhere over the rainbow-What a Wonderful World medley
Straighten up and fly right
Sway
Sweet Georgia Brown
Sufferin’ with the blues
Teach me tonight
The best is yet to come
The old country
Them there eyes
Thirteen men
This can’t be love
Thou swell
Too darn hot
Triste
Undecided
Walking after midnight
Whatever Lola wants
When in Rome
Why don’t you do right?
You’re the top
You don’t know me 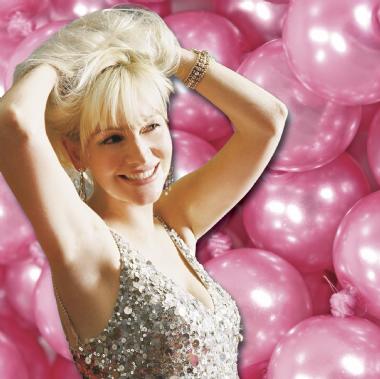