SCAT! They play jazz. This 4 piece band (vocals, keys, drums, double bass) does for jazz what bubbles do for soda-pop. Original tunes, tasty standards, clever arrangements, brilliant musicianship and serious humour is a package that audiences can’t get enough of. SCAT’s live show fronted by vocalist Craig Burnett is a unique blend of accessible sounds, instrumental mastery, lyric riffing, crowd interaction and off-beat humour. Craig believes their greatest and most frequent compliment says it all, “I don’t usually like jazz, but I love what you do!”

Their latest shiny album “Wash Day Miracle” demonstrates the depth of their creativity and breadth of their appeal. This miraculous recording incorporates trad, 70s groove, latin, swing and big band styles delivered in accessible originals and classic standards including a frenetic version of Twisted and the elegant When I Fall in Love. The album was launched to sellout shows in Brisbane and continues to gain momentum online and instore. Craig’s performances on this album were rewarded with the 2011 Valley Jazz Festival Vocalist of the Year sponsored by ABC. Whilst SCAT frequently stage their own sellout shows they have also supported music icons such as James Morrison, The Whitlams, Delirious, Monica Trapaga, Steven Curtis-Chapman, Emma Pask and Grace Knight. Recent successes include sellout shows at Paris Cat, Melbourne and the Brisbane Jazz Club. In 2013 they are set to return as favourites to major festivals; Easterfest, Brisbane Festival, Blackstump, Logan Jazz and Shiraz, Manly Jazz Festival, and will continue playing Australia-wide venues and events. 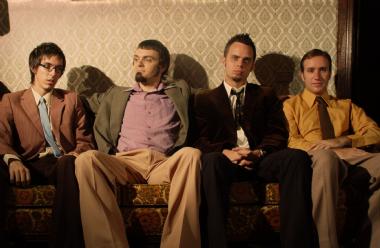