Request a Quote
Batuka was incorporated in the late 70's by Walter Garcia, a famous and talented bass player, who put together a fantastic 16 piece band bringing the best of Latin American and Latin Rock to the public.

Well times have changed now, Eduardo Zambrano who was part of the original band as a keyboard player/singer now brings Batuka back to the public, now minimized to 3-4-5 piece band with the potential of a 16 piece.

Eduardo Zambrano and his voice of experience brings an exhilarating energy to the stage along side his three son's Jefferson (Percussion/Vocals) Jason (Bass/Vocals) and Joshua (Timbales/Percussion/Vocals) bringing the best of salsa, merengue, bachata, cumbia, reggaeton, bolero and cha cha and the exotic rhythms of the carribean.

Seeing is believing
LET LA FIESTA COME TO YOU. 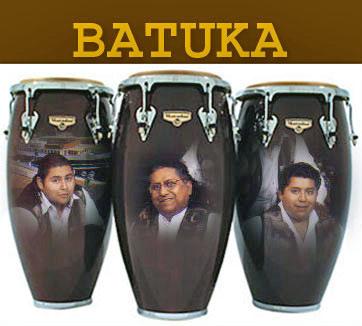