Experience the music that has taken Europe, the USA and Latin America by storm at your Party!!!!

Latin musical styles such as Samba, Salsa, Mambo, Merengue, and Bossa-Nova are guaranteed to create the lively party atmosphere you seek.

BLG also play many of the current top 40 hits by artists such as: Kevin little, Shakira, Justin Timberlake, Carlos Santana, Michael Buble, J.Lo, Anastasia, as well as some Reggae music and funky hits from the 70s & 80s by The Jacksons, Earth Wind & Fire, Kool & The Gang, James Brown, Sister Sledge, Bobby Brown, among others.

Much more than a Latin Band, B.L.G offers versatility to perform as a duo to up to a six- piece band, depending on the occasion. Due to their experience in Weddings, Corporate, Private Functions, Bar Mitzvah and Bat Mitzvah , they are flexible with any new song request to add to the current repertoire.


This dynamic band has been thrilling audiences with its fresh and powerful rhythm since 1999, better known as The Oba Oba Show Band, it was a main feature at Sydney's StarCity Casino throughout that year. 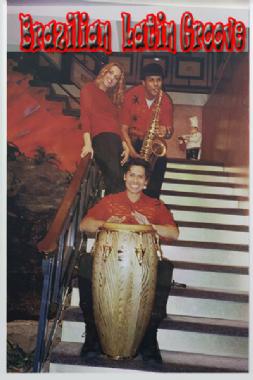