Are one of Sydney’s most successful and versatile Latin Bands. Previously known as ‘Bamboleo’, they have consistently been filling out latin dance venues since their inception in 1998. Keeping up with the changing music market & demands of their audience they have also worked under the names ‘MoZaike’ and ‘Sydney Sound Machine’.

The band has held long term residences in several well known venues including VIVAZ Restaurant Nightclub at The Rocks, La Vista Latin NiteClub at Petersham RSL and The Portugal Madeira Club in Marrickville.

The band performs a broad range of Latin Rhythms including: Salsa, Bachata, Rumba, Merengue, Cha Cha and Cumbia. To keep things interesting Salsaton, Cumbiaton and a dose of Reggaeton are occasionally thrown into the mix. As well as Latin Pop, ELDM (Electro Latino Dance Music), Top 40 Pop Standards and even some Rock n Roll.

Throughout the years some of the best Latin musicians in the country have performed with the band. The current line-up consists of 5 highly experienced musicians that have worked with the premier Latin Bands in the local scene.

special requirements are catered for

KANDELA include the added bonus of being a "self contained" band, this means that a Professional P.A. , Basic Party Lighting and even a DJ can be included at a nominal fee. A Professional bilingual MC and various latin floorshows are also available for those special occasions.

Other Noteworthy and Regular Performances:

They say variety is the spice of life - so if you like a mix of different dance styles or if you love Salsa, enjoy Merengue and Cha Cha Cha, are Mad about Mambo or get excited when you hear RUMBA!!!!

Let this wonderful band take you on a journey through the Hot Beaches of Cuba, the coast of Ibiza Spain, dance clubs of Miami and the Hot Spots of the Latino lifestyle. 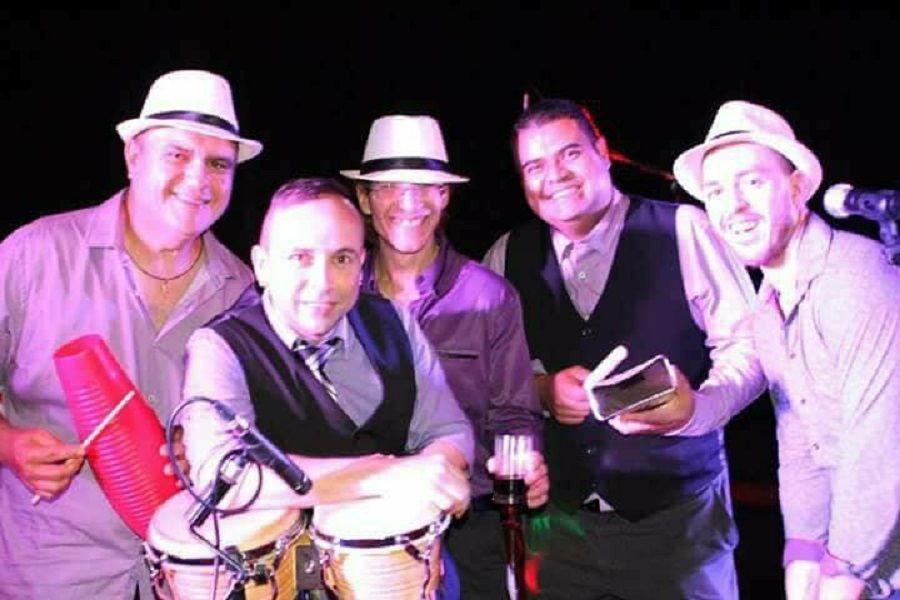