The Australian Youth Band [AYB] is Australia’s premier youth marching/symphonic band. Our talented musicians range in age from 12 to 28 and come from all over Melbourne and Victoria. The band was formed in 1978 as the Moomba Youth Band to lead the 25th Anniversary Procession of Melbourne’s annual Moomba Festival, and was later also known as the McDonald’s Melbourne Youth Band. Since its inception, the band has journeyed to most states of Australia to perform its unique brand of colourful and dynamic music entertainment, played regularly at popular regional festivals, major sporting events, marching band festivals and corporate functions.

The band has also represented Australia on the international stage:

The extensive repertoire and performance flexibility make the Australian Youth Band an exciting inclusion in all major events, and we are honoured to be sharing our music with audiences in Victoria and around the world. 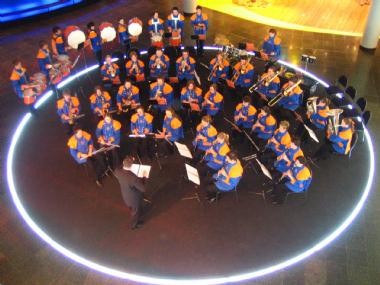